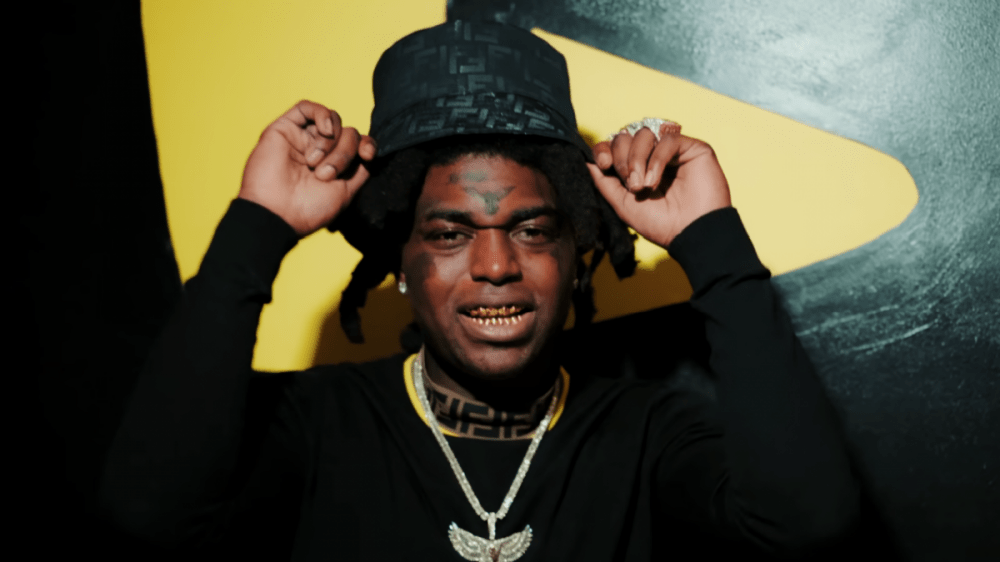 Ft. Lauderdale, FL – Kodak Black is reportedly in trouble with the law again. According to TMZ, the Pompano Beach native was arrested on Friday (July 15) as he was cruising Ft. Lauderdale in a Dodge Durango, which police believed had a little too much tint.

Once Kodak was pulled over, officers claimed his vehicle reeked of marijuana, so they conducted a search and came up with 31 Oxycodone pills and $74,960 in cash. Police said his tags and license were also expired. As a result, he was hauled off to Broward County Jail. Fox reporter Andy Slater tweeted late Friday night Kodak was being charged with trafficking.

Cops pulled over the rapper and during a search found 30+ Oxycodone pills and over $50,000 in cash, multiple sources tell me.

Kodak Black’s legal troubles have plagued his rap career for years. In fact, he would likely still be in jail had he’d not been granted a presidential pardon. In January 2021, Donald Trump pardoned both Lil Wayne and Kodak, allowing both rappers to be released from jail almost immediately.

As Shepardson tweeted at the time, “Trump pardoned rappers Lil Wayne and Kodak Black who were prosecuted on federal weapons offenses, as well as former Detroit Mayor Kwame Kilpatrick, who was serving a 28-year prison term on corruption charges, a senior administration official said.”

Kodak has since become a huge fan of Trump, Earlier this month, he said Trump should run for re-election in 2024 and remain in office for as long as possible — despite terms being limited to eight years.

“We need Trump in office forever, man,” he wrote via Instagram. “Just like how them Chinese and Russian and Korean muthafuckas they have their president. Trump the best thing for America — ya heard me — for sure. I respect that boy logic, setup and whole rundown even if he didn’t free me.”