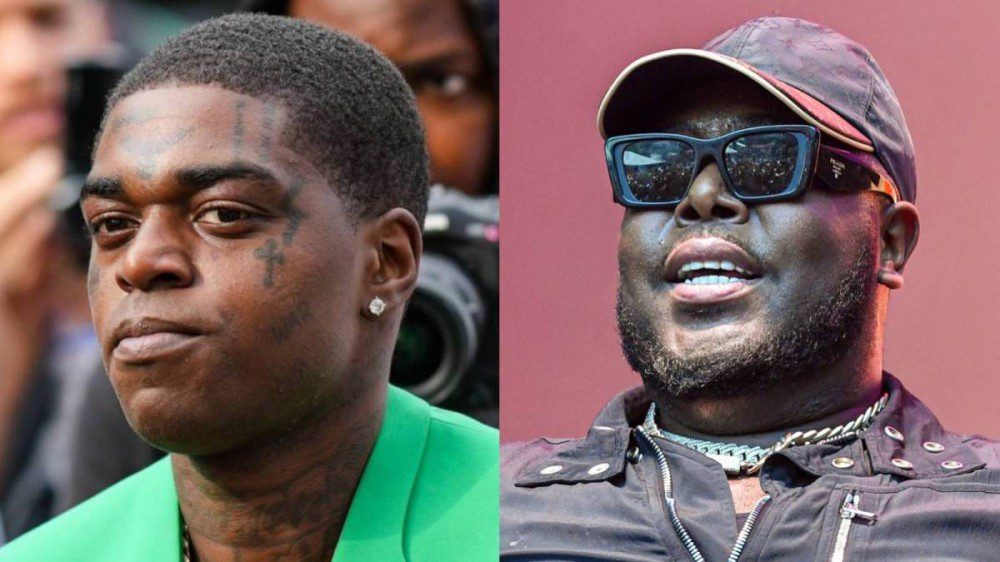 Kodak Black and Saucy Santana have been going back and forth on social media after the latter claimed Kodak stole his viral hit “Walk.”

On Thursday (October 13), The Shade Room posted side by side photos of the two Florida artists wearing similar two-piece outfits to its Instagram account, asking followers to decide who wore it better.

Kodak Black hit up the comments section and wrote: “ALL LIVES MATTER.”

Though some believe that Kodak’s comment was meant to be positive, Santana responded with the hashtag: “#TSBroStoleMySong.”

It’s believed that Saucy Santana was referring to Kodak Black’s “Spin,” and how it sounds similar to his own hit “Walk.” Both tracks have the word “walk” repeated throughout their respective compositions.

The similarities of each track had fans of both artists flocking to the comments section of The Shade Room‘s post to determine both similarities and stark differences between the two songs, with some of the opinion that they represent the masculine and feminine sides of the same coin.

Kodak Black is no stranger to online drama. Just last week he made it loud and clear how he feels about Latto’s “Big Energy” winning Song of the Year at the 2022 BET Hip Hop Awards.

The Florida native — whose “Super Gremlin” hit was also up for the award — voiced his displeasure with the decision, firing off a disparaging Instagram post in which he called for a boycott of the awards show.

However, the 777 rapper is shrugged off the slander, posting a series of sassy photos on Instagram, including one of her flipping her middle finger to the camera. Her caption read: “#Frappuccino,” reclaiming one of Kodak’s insults.