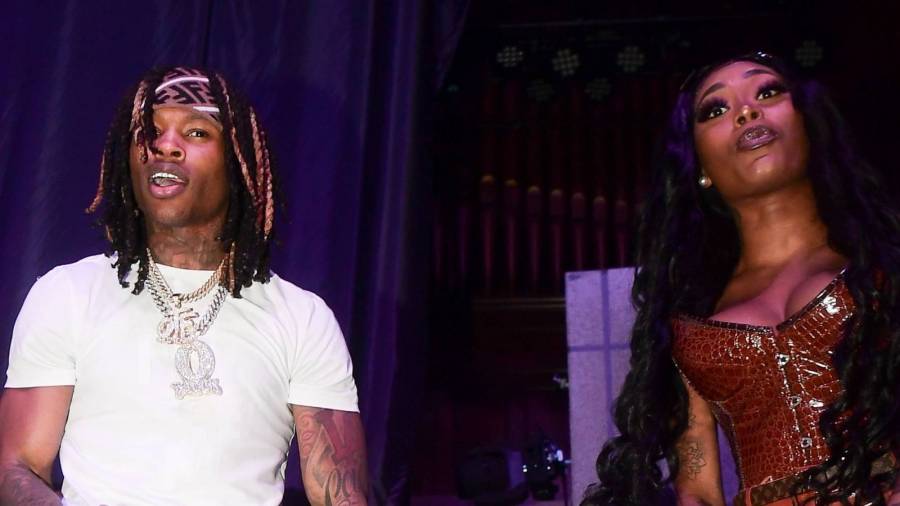 Asian Doll has been transparent about her grief since her former flame King Von was murdered in Atlanta last November, often taking to social media to purge her sorrow. The two rappers dated off and on for several months before breaking up last August amid cheating rumors.

In October 2020, the Only The Family rapper confirmed he was single just one day after he was photographed with her. But in the wake of Von’s death, she’s been behaving like a grieving widow rather than an ex-girlfriend. On Sunday (January 17), Von’s sister Kayla B — who recently got into a street fight with Cuban Doll — apparently wanted to clear the air once and for all.

“Von wasn’t in a relationship wit nobody before he died!” she wrote in a since-deleted tweet. “Wasn’t getting back wit nobody he was living his best life fuckin’ wit who Eva he wanted 2.”

King Von’s sister says he wasn’t in a relationship at the time of his murder. pic.twitter.com/n6UoN0ycZA

Asian Doll, who goes by Queen Von on Twitter, recently purchased a $85,000 custom chain made in Von’s likeness and showed it off for social media.

“I use to rock shirts with Von name on it I use to wear his clothes I use to bang his set I talked like him since day1 been rapping like him he I been ‘queen von/ granddaughter, I been posting this man everything I’m doing now I BEEN DID WHILE HE WAS HERE,” she wrote. “don’t hate I’m blessed.”

She also tattooed a portrait of Von on her hand, calling it the “hardest” of all her ink.

Another Von chain stirred up some controversy last week after jeweler Mazza New York posted an icy Von pendant to its Instagram account and insinuated it was for Durk. Once Durk denied it, Mazza apologized.

“I took the Von design down out of respect for the situation,” Mazza wrote. “I posted the design I completed a while back to actually show love to Durk. I never said it was his and media sources said what they wanted to say. Legitimate sources actually contacted me and I told them the scenario.”

He continued, “I have nothing but love for Durk and his craft. In my opinion, the piece was [fire] and would have been a great start to a long-lasting relationship.”