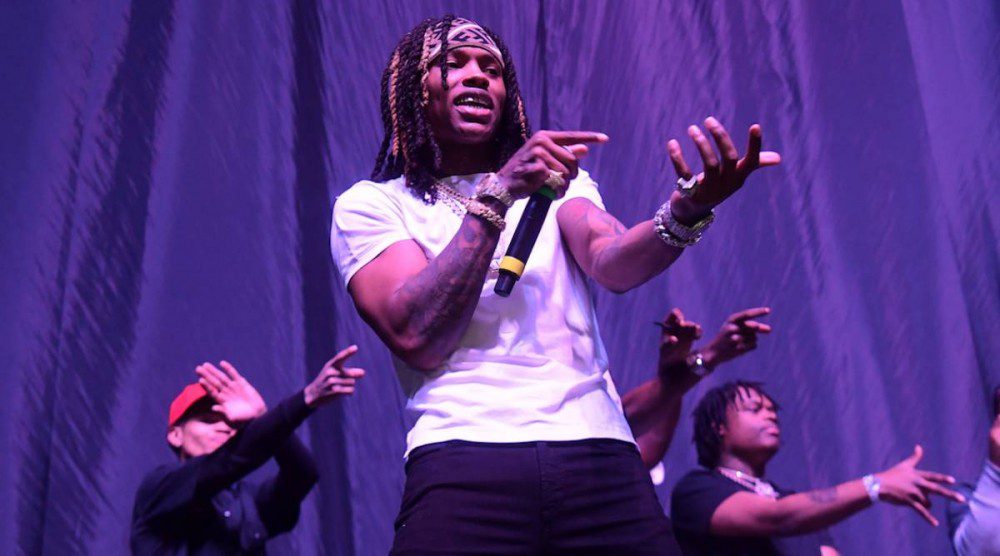 Timothy “Lul Tim” Leeks, the man charged for allegedly murdering King Von, has reportedly been apprehended by authorities after he was slapped with numerous drug charges.

Leeks had previously been out on bond for Von’s murder, and in 2021 got in trouble with the law again after a high-speed car chase. Leeks was hit with multiple charges in that instance, including Failure To Stop At A Stop Sign, Speeding, Following Another Auto Too Closely, Failure To Obey Traffic Control Devices and Fleeing Or Attempting To Elude A Police Officer For A Felony Offense.

LulTim has reportedly been arrested in Georgia over drug charges pic.twitter.com/HyuD7bad1M

Leeks was officially charged with King Von’s murder on November 7, 2020. Von was shot outside of the Monaco Hookah Lounge after a fight broke out between two entourages. Two people were killed, Von was rushed to the hospital in critical condition and two other people were injured, but Von succumbed to his injuries. The Chicago rapper was 26 years old.

Speaking to Angela Yee in an interview last April, Quando Rondo claimed he and his entourage, who were involved in the brawl, had been acting in self-defense.

“I’m thinking these were some regular individuals,” he said. “So I’m letting this group come by. Next thing you know, a n-gga hit me. Boom bow. I lie to you not. It’s like I had an out-of-body experience.”

While the two rappers had been feuding in the weeks leading to Von’s murder, Quando Rondo said last August that he had no issues with the OTF rapper.

“Everybody scream, ‘Protect the brand,’” Rondo said at the time. “When the brand get protected, everybody wanna be mad. This what come with it.”

King Von’s posthumous album What It Means To Be King dropped in back March, and served as the sophomore follow-up to 2020’s gold-certified Welcome to O’Block.

The album arrived after Von’s estate and label Only the Family/Empire released two singles from the project: “War” and “Don’t Play That” featuring 21 Savage. The latter ended up becoming Von’s highest-charting song to date, debuting at No. 40 on the Billboard Hot 100.