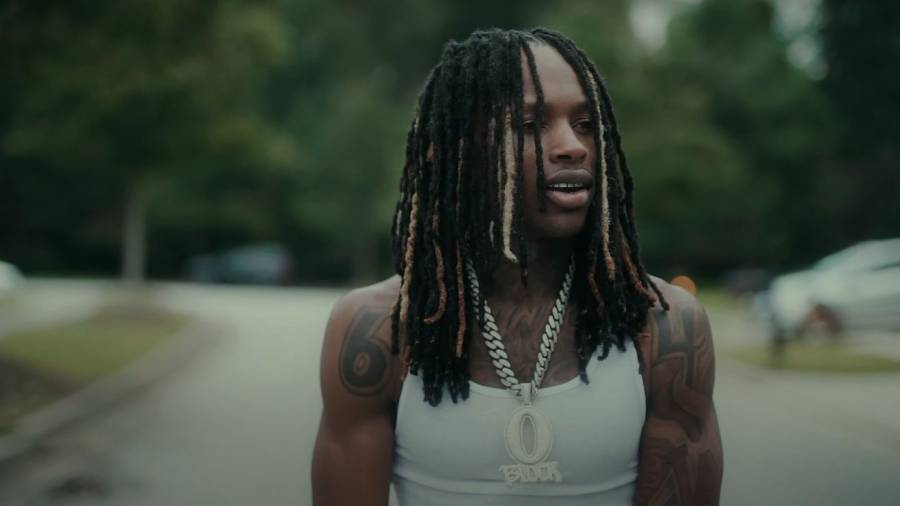 In the music video for “Too Real” off his posthumous album What It Means To Be King, King Von returns from the dead, appearing alive and well in the DrewFilmedIt-directed video as he sets off a flame thrower and flexes his jewelry.

Fans were quick to marvel at Von’s work ethic and how he was able to record the “Too Real” visual before his death in 2020. “The fact that Von still have music videos recorded is insane,” commented one fan on YouTube. “Can’t tell me King Von didn’t have one of the craziest work ethics in the game.”

Both the video and song itself eerily and inadvertently serve as a direct response to NBA YoungBoy, who has been feuding with the Von’s OTF collective for weeks now. Von raps about how “rap beefs turn to homicide,” and how he’s ready to pull up at any moment, which comes coincidentally after YoungBoy had chosen to insult the late rapper, as well as OTF head Lil Durk, in a fiery diss track released on February 22. The feud came to a boiling point on Monday (March 7) after YoungBoy decided to drop his BETTER THAN YOU collab tape with DaBaby on the same day as Von’s What It Means to Be King.

While YoungBoy seemingly hoped his collab tape would dominate first week sales, the final results showed Von’s album moved 60-65K units its first week, more than double what BETTER THAN YOU sold, which was only around 25-30k units. Fans and OTF members alike were quick to clown YoungBoy for his loss, with OTF Memo choosing to clown DaBaby for the loss as well.

“CAN’T BLAME DABABY HE THOUGHT THAT MAN WAS GNE SAVE HIS CAREER,” Memo tweeted out on Monday (March 7). DaBaby quickly replied to Memo’s comments on Instagram, saying he had no stake in the current feud between OTF and YoungBoy.

“@Kingvonfrmdao GOT my respect, he stood on business no excuses, it was just another n-gga there ready to stand on business to,” The “BOP” lyricist wrote. “That’s how we living that’s what GANGSTA is ain’t it? But the rest of you hoe ass internet n-ggas tryna be cool off ANOTHER n-gga name…is some HOES!”

The beef between the two rappers kicked off as the ongoing rivalry between YoungBoy and Lil Durk also continued to heat up this week. Rumors spread over the weekend that YoungBoy might be gearing up to drop a new album on the same day as Durkio’s forthcoming record 7220, a challenge that Durk welcomed in an Instagram post on Sunday (March 6).

Check out the video for King Von’s “Too Real” below.