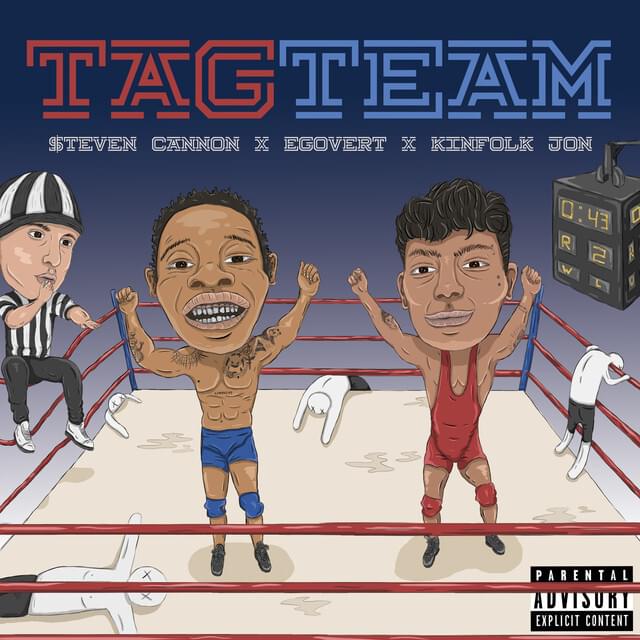 New Orleans and New Mexico raised Hip-Hop artist Kinfolk Jon continues his journey in the rap game with the release of a brand new single titled “Tag Team,” a joint created in collaboration with EGOVERT and $teven Cannon, his long time friend from the Xanarchy collective. “Tag Team” is Kinfolk Jon’s sophomore release, following-up on his previous drop, “Gassed” featuring Lil Xan and $teven Cannon, and produced by Lophiile.

After having produced for Lil Uzi Vert, YBN Nahmir, Odd Future, Kidd Keo and Craig Zen, just to name a few, Kinfolk Jon has embarked on his own artist route, and “Tag Team” is one the first fiery joints of many he intends to share with his rapidly growing and loyal fanbase.