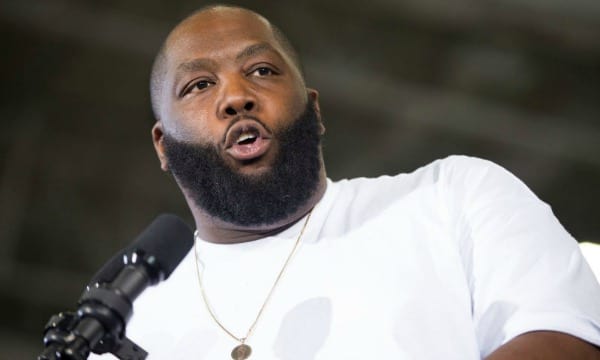 “Los Angeles is like the movie [The] Purge, but instead of 24 hours to commit your crime, they have 365 days,” LAPD Union head Jamie McBride said about the crime wave in the city.

In the last couple of months, Los Angeles has experienced an alarming trend of armed robberies, home invasions, and homicides. Many blame the policies enacted by LA County District Attorney George Gascón who was at the other end of a recall effort earlier this year. Despite many city officials not knowing what to do about the rise in violent crime in the city, Killer Mike has a few ideas that he thinks might help LA out.

According to TMZ, who ran into the rapper and activist at LAX, the Run The Jewels rapper says the issues are a result of “failings in education, opportunities and housing.”

He added that the city is “dealing with the brunt of 25 years of people growing up without trade skills for decent jobs and affordable places to live, and the pandemic is making things worse.”

He also thinks that people who are worried about home invasions should “embrace the 2nd amendment” and get a gun.

You can check out his full solution below.