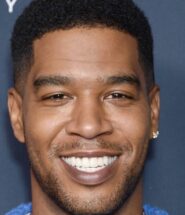 Kid Cudi‘s foray into movies and television is set to continue.

Almost a decade after his show-stealing turn on HBO’s comedy How To Make It In America and his recent role as Francis in HBO’s Westworld drama, Cudi has signed on to star and executive produce a new horror movie titled X. The film will also star Brittany Snow of Pitch Perfect fame and Jane The Virgin star Jenna Ortega. The Hollywood Reporter revealed the news as A24 and Bron co-financed the film and horror buff Ti West is on board as the film’s director.

The move film-wise adds a little context to Cudi having one Netflix project, Entergalatic get pushed back to 2022. The show was supposed to drop at the same time as Cudi’s album of the same title bu instead, Cudder released the third edition in his Man On The Moon series. Entergalatic is set to follow a young ma on his journey to love and Cudi explained to a fan why its 2022 release date was sticking.

“I just gave yall an album,” he wrote on January 27. “yall gotta chill and be patient fr man im not doin an album every year.”

Becuz thats when it drops. I just gave yall an album yall gotta chill and be patient fr man im not doin an album every year. https://t.co/QR4mZKcuQJ

The Cleveland native’s TV endeavors have even brought 50 Cent into Cudi’s creative universe. As 50 continues to grow his television empire with ABC’s For Life and the Power and upcoming BMF series on Starz, the two may have a cooking show in the works.

“Had a call w 50 Cent last week about cookin up a show together,” Cudi tweeted on January 30. “Big things happening!! Ill keep u posted. 50 is one of my favorite emcees and hes also a really great guy w a good heart.”