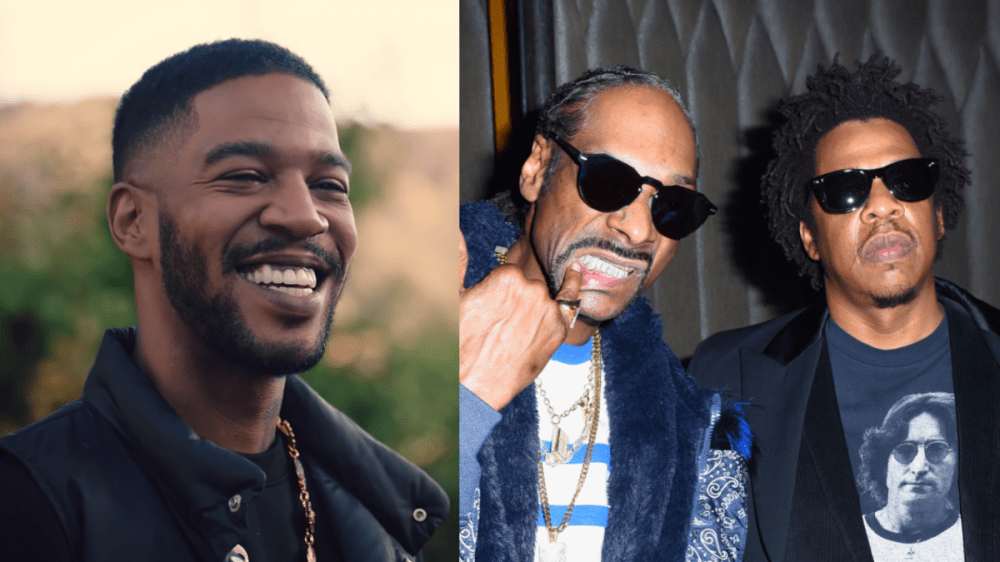 Kid Cudi has extended his gratitude to JAY-Z and Snoop Dogg after the rap veterans gave him some words of advice.

The Moon Man recently took to Twitter to share with his 2.8 million followers that he received some “wisdom” from Hov and Snoop after reaching out to them, and he’s truly grateful for being able to call on them when he needs them.

“Got some wisdom from Hov and uncle Snoop the other day,” he tweeted. “Feels good to know I can hit them when I need someone to talk to for clarity. I love them forever.”

Got some wisdom from Hov and uncle Snoop the other day. Feels good to know I can hit them when I need someone to talk to for clarity. I love them forever.

Cudi has collaborated with both rappers in the past. His bond with JAY-Z began when he was invited to fly out to Hawaii in 2008 to work on The Blueprint 3, as well as Kanye West’s 808s & Heartbreak. The Cleveland native secured a spot on both albums: “Already Home” and “Welcome to Heartbreak,” respectivey.

That led to Cudi featuring on several tracks on Hov and Ye’s 2011 joint album Watch The Throne, including “The Joy,” “Murder to Excellence” and “Gotta Have It.” Last year, they reunited on “Guns Go Bang,” from the soundtrack to the Netflix Western, The Harder They Fall, which Hov co-produced.

“A lot of people can learn from cats like Snoop and Hov,” Cudi told Complex. “These are n-ggas that did it the right way. These are cats that stayed true to themselves, even when Snoop does his stuff out of the box, like ‘Sexual Seduction,’ it’s still true to Snoop.”

Kid Cudi’s tweet comes in the middle of spats with Kanye West and Mike Dean. The Lonely Stoner was axed from Kanye’s Donda 2 album in February due to his friendship with Pete Davidson — who up until August was dating his ex-wife Kim Kardashian — and has faced repeat attacks since.

Shortly after Cudi’s tweet, though, Kanye extended an olive branch to his Kids See Ghosts co-star — as well as Davidson and adidas GM Daniel Cherry — by announcing he’s “releasing all grudges,” so a reconciliation may yet to be on the cards.

There’s less uncertainty surrounding Cudi’s relationship with Mike Dean, though, who was recently kicked off the lineup for Cudi’s upcoming Moon Man’s Landing Festival in his hometown of Cleveland. Last week, the producer retaliated by taking shots at the “Day ‘N’ Nite” rapper on Twitter and labeling him “Mid Cudi.”

“Dickhead canceled me just from jealousy,” Dean wrote. “Just because I was on tour with The Weeknd. Also there’s more people in a half full stadium when I play than when Mid plays the small arenas.”