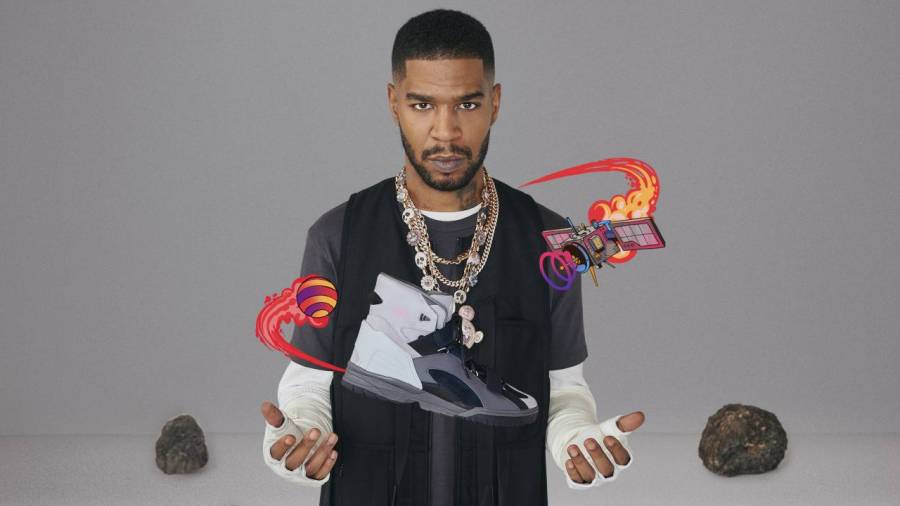 On the heels of November’s Bill & Ted-inspired sneaker, Kid Cudi is back with another installment in his partnership with adidas Originals. Cudi’s latest creation alongside the apparel giant comes in the form of the Vadawam 326 sneaker, which is named after his 10-year-old daughter Vada Mescudi.

Inspired by NASA and his love for sci-fi, Cudi’s high-top 326 sneaker resembles the clunkier basketball silhouette that dominated the hardwood courts of the NBA in the ’90s. 326 is stitched into the kick’s upper-lip to represent Vada’s March 26 birthday.

Cudi was involved with the strap-favoring sneaker’s creative process since its infancy. He pulled on aesthetics featured on his Artillery Hi, but went for more of an athletic configuration with his latest footwear creation.

The Vadawam comes in a pair of colorways (Core Black/Night Grey/Solar Pink and Core White/Ecru Tint/Easy Yellow) and will be available at global adidas retailers for $180 on December 17.

Speaking with Beats 1’s Zane Lowe on Thursday (December 10), Cudi admitted he feels a bit underrated as a rapper, which made him hone in on his lyricism for this project.

“Before I started working on this shit, I was like my next shit’s gotta be bars,” he told Zane Lowe. “I knew that. I just remember Travis saying something to me about my raps. He was just like, ‘Your raps, man. I love when you rap.’ I kept that in mind. I was like okay, Travis is saying my raps are good. That must be something that the kids like. I’ll keep that in mind … I just wanted to give him exactly what he loved about Kid Cudi. And for him, it’s bars.”