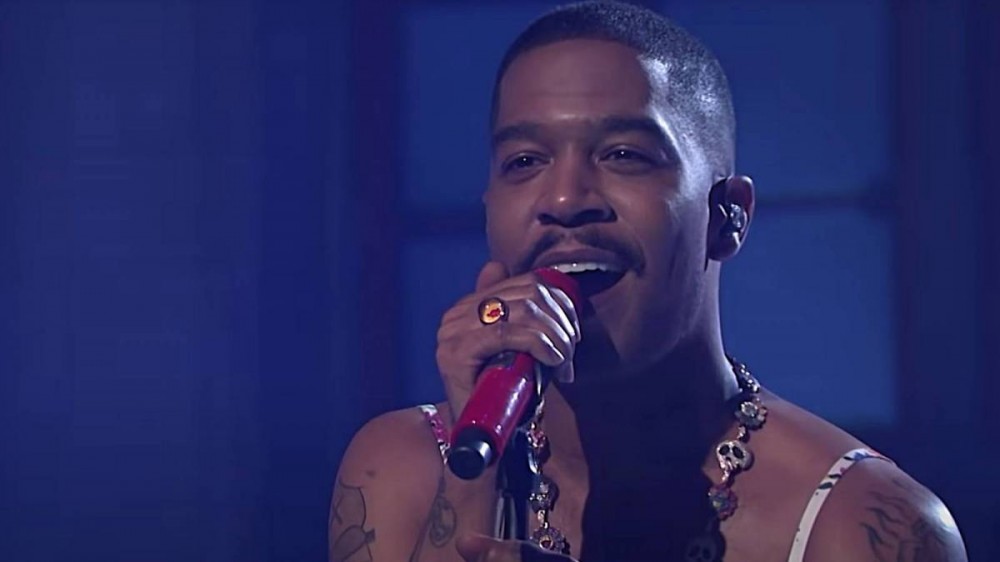 Rocking a cardigan à la Kurt Cobain and t-shirt with an image of late SNL cast member Chris Farley, Kid Cudi blazed through a live rendition of “Tequila Shots,” but it was his wardrobe choice for “Sad People” that made Cudi a trending Twitter topic. Stepping out in a spaghetti-strap floral dress and chunky skeleton necklace much like Cobain did in 1993 for the cover of The Face magazine, Cudi breezed through the song — but created a lot of buzz in the process.

As Soulja Boy wondered on Instagram, “What’s going on here?”

And while there were certainly a gaggle of people who didn’t understand Kid Cudi’s intention, Twitter largely praised the Kids See Ghosts collaborator for his bold fashion choice and helped explain exactly what was going on.

“If you’re out here hating on Kid Cudi because he was wearing a dress, grow up and understand that it’s not only an homage to Kurt Cobain but also him speaking loudly for everyone to be and love themselves for who they are,” one Twitter user pointed out, while another said, “Kid Cudi and Young Thug in a dress are bodying Harry Styles in a dress any day of the week.”

Saturday’s performance marked Kid Cudi’s first time on the long-running sketch comedy show. He teased the episode with a Twitter post last month and made it abundantly clear how thrilled he was for the opportunity, writing at the time, “If u know me, u know snl is a huge dream of mine. This is huge. Cannot friggin wait!”

Check out his performance of “Sad People” below.