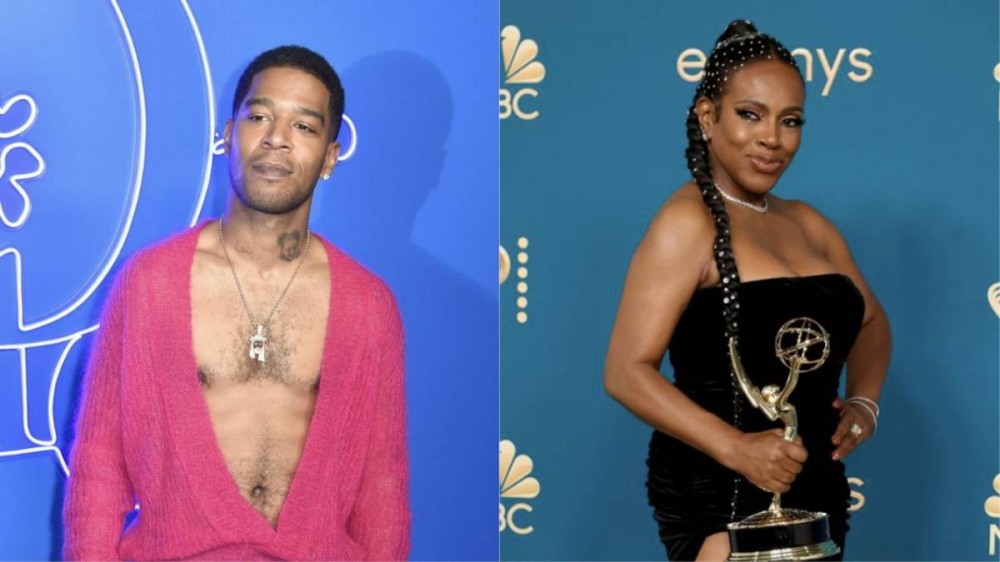 On Friday (September 16), Ralph’s son Etienne shared a message Cudi sent to his mother along with a fresh bouquet.

The Entergalatic star wrote a touching note that read: “Congrats Sheryl, you are a legend, and watching you and Quinta [Brunson] win was truly inspiring. Your speech was everything. Always rooting for you…Looking forward to meeting you one day.”

The message thoroughly impacted Etienne who is a big Cudi fan. “Never in my wildest dreams did I ever think one of my favorite artists of all time would be sending flowers to my mom,” he captioned the TikTok.

“I know this is about my Mom, but @KidCudi, my mother wouldn’t know who you were if I wasn’t blasting your music on my way to school in the morning or her buying tickets to see you for my high school graduation. I am your fan from DAY 1 bro bro. Thank you for showing love to moms. You are loved my g.”

@walkgoodetienne Never in my wildest dreams did I ever think one of my favorite artists of all time would be sending flowers to my mom. I know this is about my Mom, but @KidCudi ♬ Man On The Moon – Album Version (Explicit) – Kid Cudi

In the clip, Ralph’s son and daughter begin singing Cudi’s 2008 song “Maui Wowie” from his A Kid Named Cudi mixtape while the Emmy Award-winner tells Cudi thank you.

The veteran actor won her first Emmy Award for Best Supporting Actress in a Comedy for Abbott Elementary on Monday (September 12). She’s been a Hollywood mainstay for decades with roles in the likes of Dreamgirls and Moesha alongside Brandy.

“To anyone who has ever, ever had a dream and thought your dream wasn’t, wouldn’t, couldn’t come true, I am here to tell you that this is what believing looks like,” Ralph declared during her acceptance speech. “This is what striving looks like!”

Kid Cudi’s foray into film and television has seen him take roles on shows such as HBO’s How To Make It In America. Later this month, his Netflix series Energalatic arrives and Cudi shared the debut trailer for the show on Monday.

“ENTERGALACTIC is the greatest piece of art Ive ever made,” he declared in January. “I am so sooo fuckin proud of this show. U have no idea what ur in for. 3 years in the making. Id say watch the show first then consume the album.”