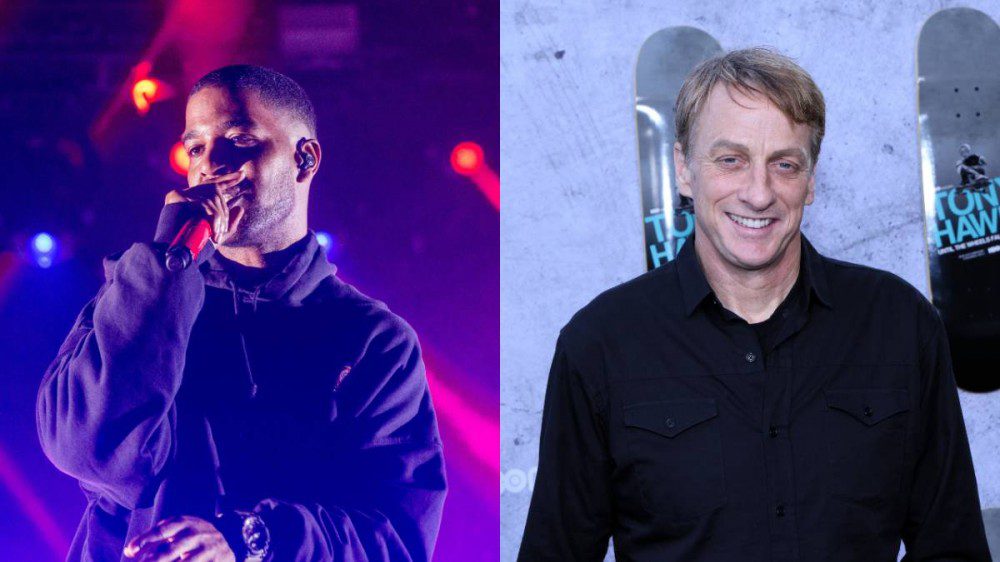 Kid Cudi has learned how to skateboard, thanks to a few lessons he got from the legendary Tony Hawk.

The skateboarding icon took to Instagram to share a video compilation of some of Cudi’s first lessons and said the Moon Man reached out to him to ask for help.

“Kid Cudi hit me up recently about wanting to learn how to skate,” Hawk wrote. “I have now given him two lessons in as many weeks and it has been gratifying to see his commitment to the process. Rarely do beginning skaters take direction so well, or progress as quickly.”

He continued: “By the second ‘lesson’ he is turning, doing fakies, kickturns, fakie 180’s and starting to snap ollies. And he’s taken a couple heavy slams in the process! But we skaters know that makes getting up and conquering the challenge even more satisfying.”

Hawk went on to say it had been a “pleasure” and an “honor” getting to know Kid Cudi, and that he was “inspired” by his “talents in music and film.”

“I am thankful he has chosen skateboarding as a new passion, helping to raise awareness and appreciation for our culture to a bigger audience,” Hawk wrote. “His ‘pursuit of happiness’ now includes a wooden plank and four wheels. And he’ll be fine once he gets it.”

“The homie and coach, @tonyhawk hooked me up w a ramp builder,” Cudi announced in a another tweet. “First day of installation tomorrow. This is unreal. Always wanted to skate ramps. I feel like a big kid.”

The “Cudi Zone” rapper then posted two videos that showed his basketball court being torn apart by construction workers as his ramp was installed.

The homie and coach, @tonyhawk hooked me up w a ramp builder. First day of installation tomorrow. This is unreal. Always wanted to skate ramps. I feel like a big kid

Skateboarding is just the latest new venture Kid Cudi has undertaken this year. He recently dropped off his new project Entergalactic on September 30, which serves as the soundtrack to the new Netflix animated series he created. He told Zane Lowe it very well could be the last Cudi album for a while because of how many other outlets he’s involved in.

“The Kid Cudi stuff, I think I want to put it on the back burner and chill out with that,” he said. “I think, I want to be done with it. I think, closing the chapter on Kid Cudi.”

He continued: “I’ve said a lot and I have other desires, I have other things I want to do. And I do not see me never making music, I’ll always fuck around in the studio, or make something here and there. But, as far as getting in the studio and working on an album, and then going and touring it, I just don’t have it in me. I don’t have the desire.

“I have so many other things I want to invest my time into… I really want to spend more time with my daughter. You know what I’m saying? We’ve been kicking it a lot lately and I’ve been having more time and it’s good, she’s growing up, our relationship is super tight. It’s what I always dreamed of.”

Meanwhile, Kid Cudi has begun the process of penning his life story in an upcoming memoir.

The Cleveland, Ohio native revealed in a tweet last month that he’s started writing the first chapter of his biography, which he said will explain his “troubled boy” beginnings.