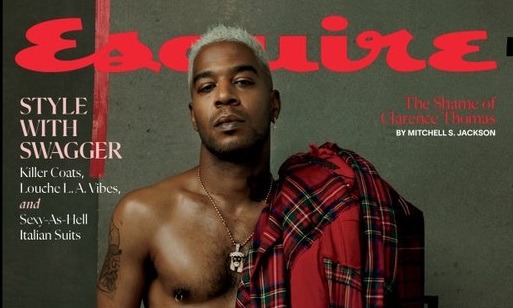 Kid Cudi was featured in the latest edition of Esquire magazine where he had some non favorable things to say about Kanye West and whether or not he will ever make amends with him. In his comments about West, Cudi said that he is not Drake, and does not know when he and Ye will be friends again. Cudi is referring to last year when Drake and Kanye ended their beef and performed at the Free Larry Hoover Concert in Los Angeles.

“With all due respect, I’m not Drake, who’s about to take a picture with him next week and be friends again, and their beef is squashed. That’s not me,” Cudi said.

Many thought Cudi was trying to shade Drake, whom he has had past issues with. This prompted Cudi to respond on Twitter saying that it’s all love between him and Drizzy.

“Just to be clear, I wasnt tryna throw a shot at Drake. I got love 4 him,” Cudi tweeted. “My point I was tryna make is that im not so forgiving. Meaning he might be a lil nicer than me in that situation w dude. Thats all. Maybe that came off wrong thru my words. So yea, all good w Drake.”

Cudi and Ye, who have been close friends since 808’s & Heartbreak and who even put out a joint project Kids See Ghosts in 2018, had a falling out this past year after Kanye believed he was siding with Pete Davidson amidst his divorce from Kim Kardashian. Kanye would take to Twitter to publicly bash Cudi and call him disloyal for still being friends with Pete.

“Do you know how it feels to wake up one day, look at your social media, and you’re trending because somebody’s talking some shit about you?” Cudi said. “And then you got this person’s trolls sending you messages on Instagram and Twitter? All in your comments? That shit pissed me off. That he had the power to fuck with me that week. That he used his power to fuck with me. That pissed me off. You fucking with my mental health now, bro.”