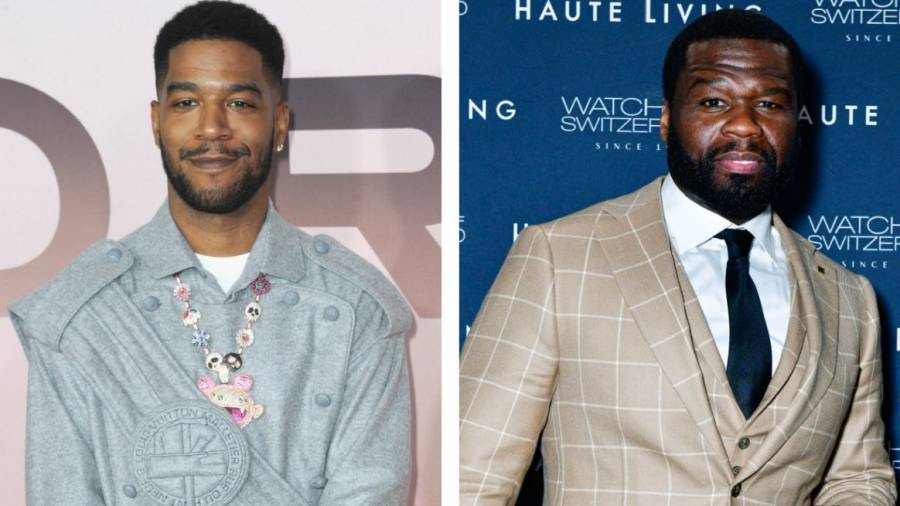 50 Cent and Kid Cudi are two names you wouldn’t usually see in the same sentence together. There’s not much they have in common besides being artists in the music industry and legends in their own right. Now it seems the new pairing may be working closely with each other for a brand new endeavor.

On Saturday (January 30), Cudi took to his Twitter to announce the big news about his unlikely pairing with the Queens native. The two got on the phone to discuss joining forces for a new TV series.

“Had a call w 50 Cent last week about cookin up a show together,” Cudi tweeted out. “Big things happening!! Ill keep u posted. 50 is one of my favorite emcees and hes also a really great guy w a good heart.”

Had a call w 50 Cent last week about cookin up a show together. Big things happening!! Ill keep u posted. 50 is one of my favorite emcees and hes also a really great guy w a good heart.

50 hasn’t said anything on the matter, but the news couldn’t come at a better time. It’s the first collaboration between the two but a move that makes perfect sense, especially when both artists are on top of their game at the moment. Cudi’s Man On The Moon III: The Chosen is a hit amongst fans and he’s been flexing his acting chops lately on shows like Westworld, Brooklyn Nine-Nine, Who We Are and more.

50, on the other hand, has become a significant player in the film and television space. His latest shows, Power and For Life are critically-acclaimed and hits on their respective networks. 50 has also been hard at work on a handful of new series, including the highly-anticipated Black Mafia Family series, Power Book III: Raising Kanan and a show revolving around his relationship with The Game.

Last week a Twitter user took a screen capture of Cudi’s Netflix series Entergalactic with a new release date that read 2022. The series was to drop in 2020 and accompany his next album, also titled Entergalactic, but he released MOTM3 instead. A fan asked Cudi what the hold up was for and he answered as bluntly as he could.

“Becuz that’s when it drops,” he tweeted. “I just gave y’all an album y’all gotta chill and be patient fr man I’m not doin an album every year.”

Becuz thats when it drops. I just gave yall an album yall gotta chill and be patient fr man im not doin an album every year. https://t.co/QR4mZKcuQJ