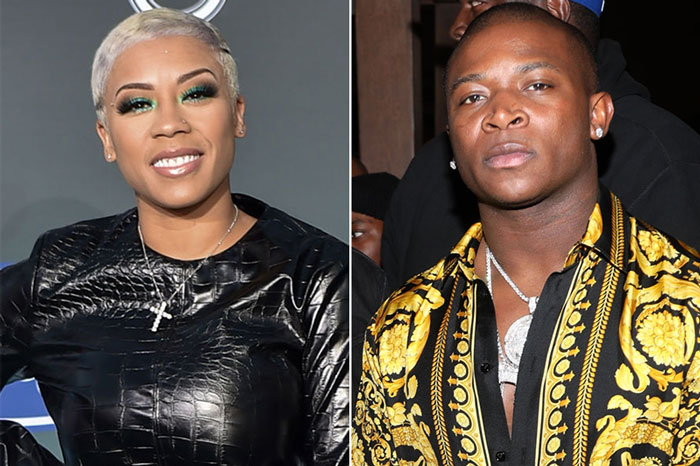 The “CoCo” rapper is reigniting his feud with Keyshia Cole. Late last year, O.T. shared his Crip-inspired remix of Cole’s hit “Love,” which he titled “Never Knew.” While she initially found it funny, the humor apparently wore off and Keyshia eventually had O.T.’s viral version pulled from YouTube.

Earlier this month, 21 Savage decided to take a stab at Keyshia’s catalog during his R&B karaoke session. O.T. challenged him to a sing-off to find out the real “King of R&B.” Keyshia sided with 21, prompting a response from O.T.

“Don’t start wit me again,” he said before Keyshia responded, “Never ‘Started with you’ sir. Now scram. Do the sing off.”

Oop! #KeyshiaCole chose #21Savage to win in a sing off and #OTGenasis responded 👀

But things took a turn this week when O.T. dissed the R&B songstress by taking a shot at her personal hygiene. “Keyshia Cole ain’t sh*t. Coochie must be smelling like fish sticks. That’s what’s going on,” he said during an Instagram Live session.

Soon after hearing his explicit comments, Keyshia clapped back at O.T., posting a GIF of a tortoise eating a pumpkin. “I’m so …. don’t kno how to feel. This tortoise face ass …. I can’t,” she tweeted.

She also retweeted a comment from a fan questioning those who start beef. “Hope this font go over some of u lame ass turtle head looking ass ni**as heads! And hoe ass bitch ni**as ain’t exempt,” added Keyshia.

I’m so …. don’t kno how to feel. This tortoise face ass …. I can’t pic.twitter.com/x0TNwYiBPB