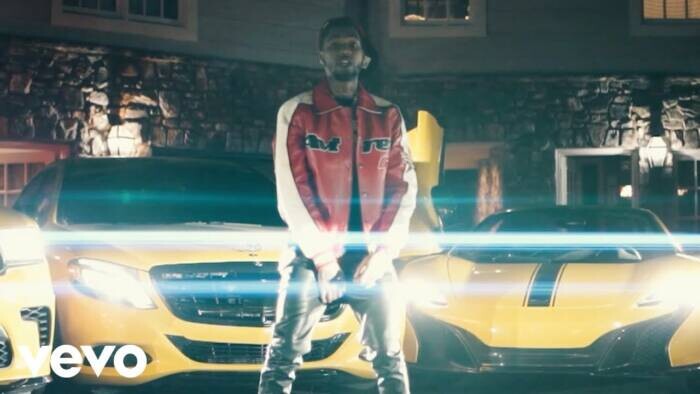 Baguettes in his smile, his toolie by his side, and Memphis on his shoulders, Key Glock continues to secure and expand the reaches of Paper Route Empire with a tireless passion for flashin’ and a surplus of Southern swagger. Channeling his inner Paul Walker of Fast & Furious, Glock returns to run pink slips and take no prisoners with “Play For Keeps,” a new video single from the upcoming Yellow Tape 2 (Deluxe). The Sledgren-produced track finds Glock gliding over idiosyncratic piano riffs and explosive subwoofers as he delivers some of his most charged up bars to date, rapping, “Nickname my .223 ‘TLC,’ cause I creep with the heat/Got big ol’ Glocks, we clear the spot and spin the block like CDs.”

The video for “Play For Keeps” finds Glock surrounding himself with the spoils of his independent dominance. Whether he’s maneuvering in his McLaren, cruising in his Cullinan, or wreaking havoc in his Hellcat, he proves that few things are more dangerous than a man with options, and Glock has plenty: “Money in my pocket, in my hand, and on your head,” he raps, “Cheating with my K, sleeping with Nina in the bed.”

After his 2021 project, Yellow Tape 2, debuted at #7 on the Billboard 200 chart, #1 on the Independent Albums Chart, and #2 on the Top Rap Albums chart, Key Glock kicked off his 2022 with a new drive and sense of direction. “Play For Keeps” arrives in the wake of Glock’s recent single, “Pain Killers,” which saw the Memphis native double down on his commitment to the hustle and his indifference to the competition. “Play For Keeps” and “Pain Killers” set the stage for Yellow Tape 2 (Deluxe), Glock’s expansion on his hit 2021 album which arrives March 25th via Paper Route Empire.