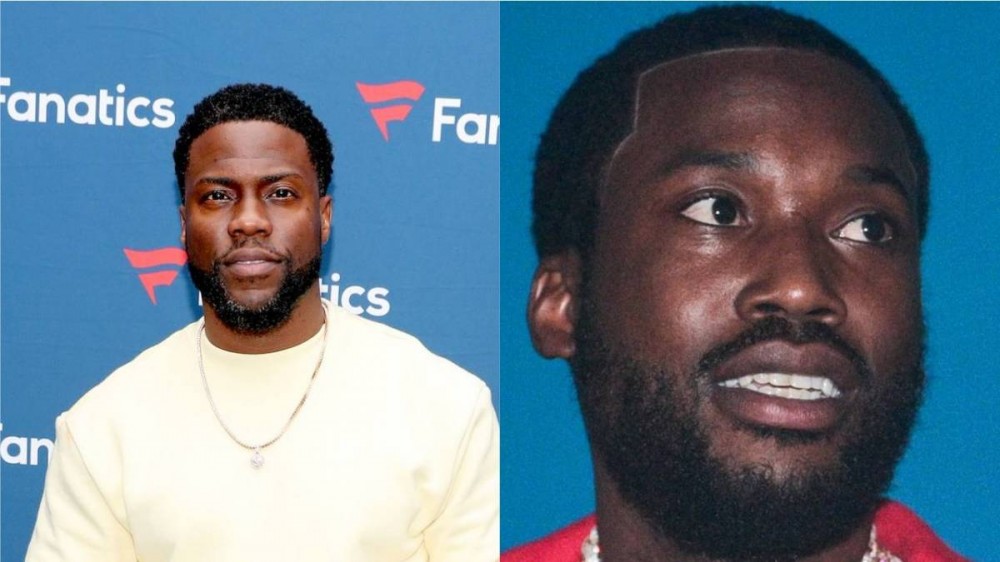 Meek Mill has caught plenty of jokes on social media from his tweets to Instagram and more. After sharing a photo of himself on Thursday (August 19), fellow Philadelphian and noted roast master Kevin Hart had to step in the comments and flame the Dreamchasers rapper for a good laugh.

The outfit featured Meek in some fuzzy sweatpants and black shirt but is another moment of proof Hart loves to poke fun at the Championships rapper. Back in 2012, the comedian decided to roast Meek and his entire Dreamchasers crew backstage for the hell of it.

Meek may not be able to go joke for joke with Hart but he’s already had smoke for Tory Lanez.

After Meek received the Nelson Mandela Humanitarian Award, Tory jumped in his Instagram comments to correct him about the spelling of Smith & Wesson. After Tory called him a “bozo” for not taking the correction and leaving things be, Meek turned his wrath towards the Canadian rapper.

“It’s kinda of deep you tryna help me wit my spelling and you know for a fact I don’t fuck wit you right now,” Meek told him. “If y’all Guys really rich why y’all acting like we cool on the net And you know we not do you … and stay out of street business when we talking about them blowers.”