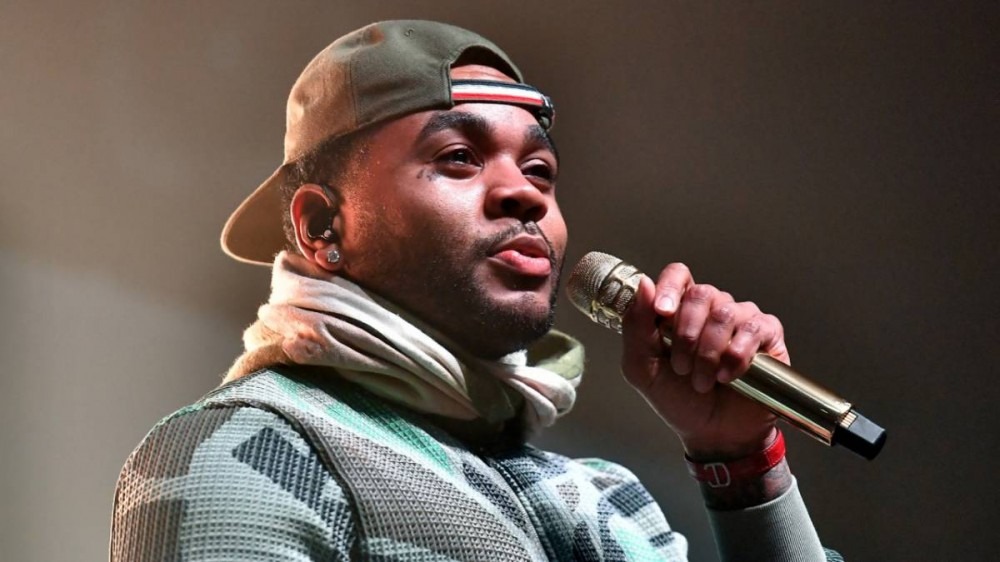 Kevin Gates was a trending Twitter topic earlier this month for his gravity-defying stage presence during a Kansas City concert. It was obvious from the viral photo Gates was in considerably better shape than he was a few years ago. During a recent sit-down with the Million Dollaz Worth of Game podcast, Gates talked about his intense fitness regimen, which includes stretching, yoga, meditation, healthy nutrition and apparently, no ejaculation.

While telling hosts Gillie Da Kid and Wallo about his newfound body hack, he admitted he knew how weird it sounded but insisted it works.

“Another thing I was telling you that’s really healing to your body and it’s going to sound crazy but it’s semen retention, not releasing no semen,” he said. “Your intention should be to please your partner. And don’t release no semen.”

Instead, Gates said he spends copious amounts of time on foreplay.

When I say foreplay, I mean everything,” he stated. “Don’t even tell me where your spot at, imma find it. I aim to please my partner, whatever partner I’m dealing with at the time.”

As one Reddit user wrote in 2020, “It seems all organs begin to fail when you excessively ejaculate. It’s scary to witness.” The man went on to say he hadn’t ejaculated in three years and claimed to find relief from his gastrointestinal issues, bloating, light sensitivity, inability to be productive, intense fatigue, lack of ambition, depression and anger outbursts, among other things.

Gates has amped up his performances by stretching as well. On October 20, the Baton Rouge native shared several photos of his warm-up routine backstage, calling it his “medicine.”

My medicine before I go on stage pic.twitter.com/8nBTRDeqFY

Gates has dropped over 100 pounds since beginning his fitness journey. As for why he decided to get fit, he told Men’s Health in 2019, “I wanted more for myself. I got tired of being a fat guy. I got tired of every time somebody took their shirt off, I was making excuses for why I didn’t think it was cool to take your shirt off. I think it’s fly.”

He also explained why he had a fridge full of mangoes — and it’s not just because they taste good.

“I don’t want to get all sexually explicit,” he explained, “but with the mangoes … I practice eating pussy. What you want to do is see if you can pull the microfibers out with just your teeth. You wanna tease. And if you can ‘tease a peach,’ you can give a woman pleasure.”

Gates was released from prison in 2018 after serving nine months on a gun possession charge. Since then, he’s been striving for greatness.

“For the longest time, I’ve always stood in my own way, whether because of my insecurities or my being selfish and always wanting things to go my way,” he admitted.  “A lot of times in life, we are our own challenges,” he says. “We stand in our own way.”