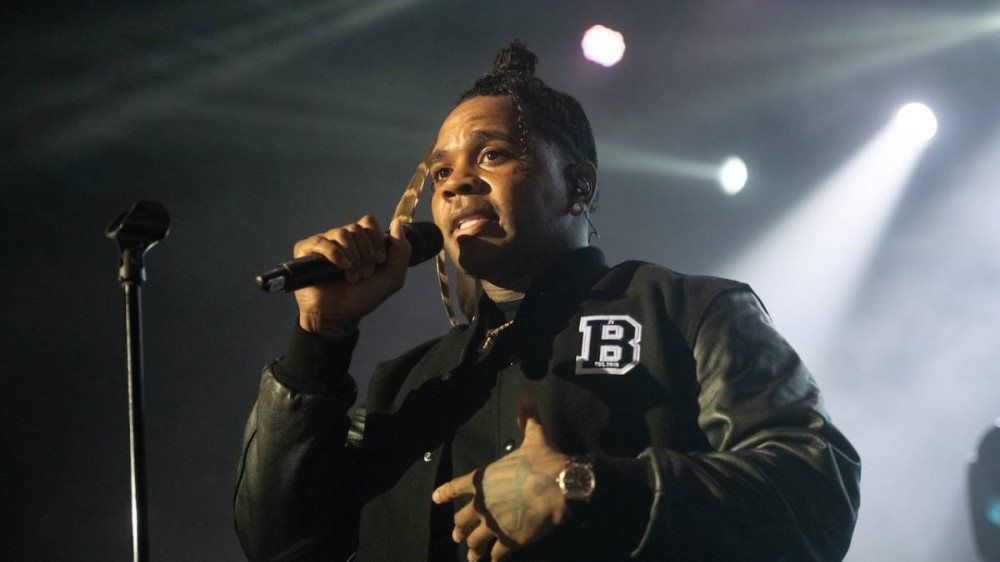 During his first show ever at Baton Rouge, Louisiana’s Plantation Inn, Kevin Gates said he froze up and couldn’t perform, and told HipHopDX he still gets a nervous stomach right before hitting the stage.

“The first time I ever got on stage I forgot all my words,” Gates said to DX. “It was like a small gathering, it might not have even been 100 people and I was just so scared, and I knew all the people in the crowd but it was like, I was scared to death. I was so scared I forgot all my words…I jumped in the crowd, but that was just my way of being like, ‘Imma be down there with y’all so y’all can’t judge me. I don’t know, I was scared.”

Despite being a superstar rapper, the “Thinkin’ With My Dick” lyricist spoke about a unique routine he undergoes before he hits the stage.

“I still get nervous before every show,” Gates said. “I take three shits…I take three shits before I get on stage…It’s like I’ll take a shit, I’ll be good, and I’ll take another shit, and once I take that third one. It might just be a little toot, not that much, it feel like it so much though, it feel like, ‘Oh God I’m not gonna be able to perform,’ and it’s a little toot.”

DX’s Jeremy Hecht then pulled up the viral photo of Gate’s distinctive stage dive that became a meme in 2021 and asked Gates how many bowel movements he had before performing that signature move.

“Maybe two or three, maybe two or three,” Gates said. “And I been doin’ that. But it was beautiful that the world appreciated me for my jumping capabilities…That’s not photoshopped, I’m in the air.”

The interview comes after Gate’s dropped of his follow-up to 2019’s I’m Him on Friday (June 17), which DX praised for being “intense and unflinching.” The project is expected to move between 30,000 to 40,00 album-equivalent units, which could nab him a spot in the top 10 on the Billboard 200 if Logic’s Vinyl Days project doesn’t beat him out. The new project from Young Sinatra is expected to rake in similar figures, and will likely move between 35k to 45K.

Watch the interview with Kevin Gates above.