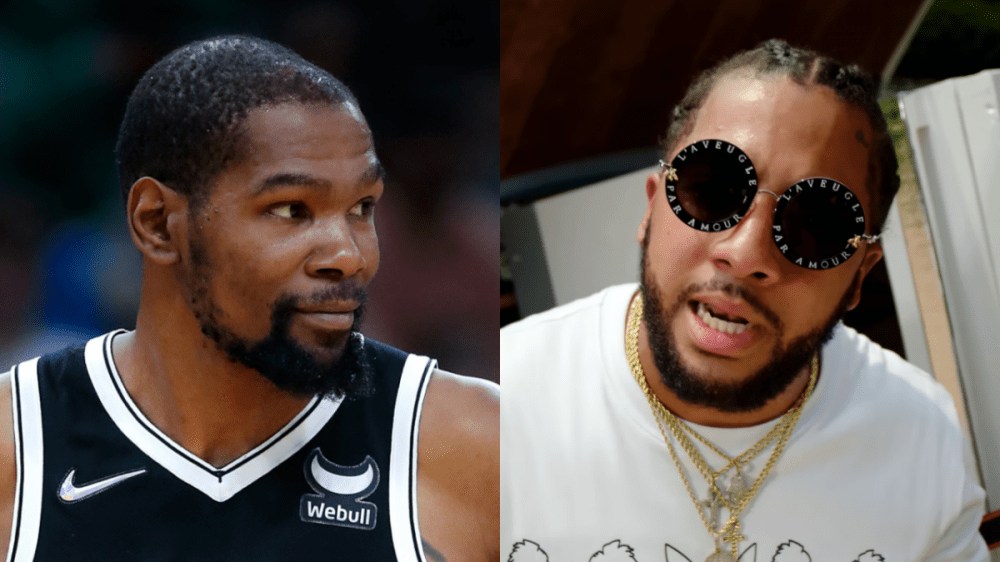 Syracuse, New York native Stove God Cook$ has been making quite a name for himself in the gritty, lyrically-driven rap scene that’s been making waves in recent years.

He’s had show-stealing verses on several of Westside Gunn’s projects and turned heads with his own debut album, Reasonable Drought. His latest lyrical effort comes on Benny The Butcher’s Tana Talk 4 album cut “Back 2x,” which has caught the attention of none other than Brooklyn Nets All-Star Kevin Durant.

“Stove God one of the best rappers in the world,” Durant declared. “Appreciate that man.” Stove God caught wind of KD’s praise and retweeted his tweet, along with sharing it on his Instagram Stories.

Stove God one of the best rappers in the world. Appreciate that man

This isn’t the first time Kevin Durant has complimented a New York rapper on the come-up. During a January episode of his podcast The ETCs With Kevin Durant, the superstar forward spoke about Fivio Foreign’s “star” quality.

“Fivio is just… every time I hear his shit, I feel like I’m a Brooklyn drill [rapper]. I just be in my seat moving like one of them,” KD said. “He’s just so nice with it. That drill shit, Fivio got it. He got it, man.”

He continued, “I remember meeting him [at] Rolling Loud, before all of this — 2019 Rolling Loud; I was still injured. He only had that one song out… I was like, ‘Who the hell is this kid with 20 people on stage?!’ But the song is fire! The dances is crazy! The ad-libs is sick! Like, ‘Bow! Ay ay!’”

Listen to Benny The Butcher and Stove God Cook$’s “Back 2x” below.