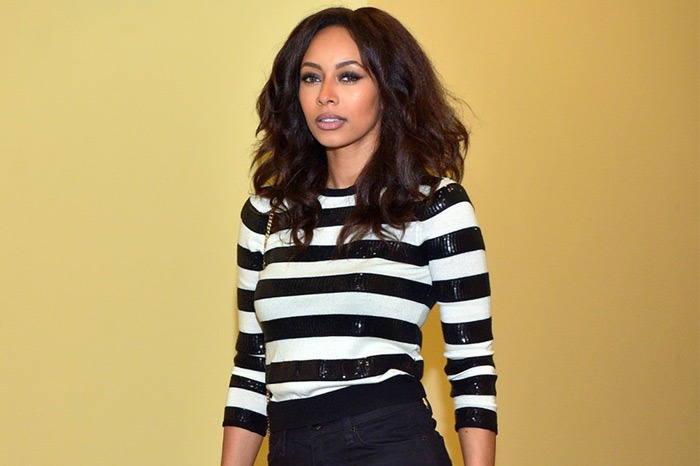 Keri Hilson is making headlines, and it’s not because of her music.

Amid concerns over the coronavirus pandemic that’s sweeping the world, the “Pretty Girl Rock” singer shared her own theory as to how the virus started. Taking to Twitter on Sunday, Hilson said she believes radiation from the 5G cellular network has led to the worldwide outbreak.

“People have been trying to warn us about 5G for YEARS. Petitions, organizations, studies…what we’re going thru is the affects of radiation,” tweeted Hilson, who shared screenshots of articles about 5G. “5G launched in CHINA. Nov 1, 2019. People dropped dead. See attached & go to my IG stories for more. TURN OFF 5G by disabling LTE!!!”

People have been trying to warn us about 5G for YEARS. Petitions, organizations, studies…what we’re going thru is the affects of radiation.

And to be clear, I’m saying there have been lots of studies & experiments that point to the possibility that the dangerous levels of of electromagnetic radiation (5G) could be CAUSING the contagious virus. pic.twitter.com/er1lib7hrU

Hilson shared additional articles on the effects of 5G along with a nine-minute video to support her case. “Not sold? It’s a lot. I get it. That’s fine,” she said. “But Google or Youtube affects of 5G, EMF exposure, electromagnetic frequency, & radio frequency radiation for yourself.”

She urged her followers to disable the 5G network on their phones or turn them off completely when not in use. “Turn your phone on Airplane Mode or Power them off when not in use or while you sleep,” she added. “And keep them away from your bodies as much as possible during the day.”

5G was invented in…you guessed it—CHINA. It launched Nov 1, 2019 in 50 Chinese cities with btwn 86,000-130,000 5G base stations by the end of 2019. The 3 largest network operators worked together in a race to be FIRST…only 5 months after retrieving 5G licenses. Those vids we saw of people in China literally dropping dead out of nowhere?? Eerily close to the Nov launch. In a 2019 Netflix Documentary, Bill Gates himself warned of a global health pandemic that would originate in China. Researchers & organizations have done studies, made petitions, and issued warnings of the dangers of 5G over the past few years. A quick search will produce them. Residents of Australia have filed assault charges against phone companies—and WON. Lastly, while we were wondering if the virus was resistant to melanin as Africa went untouched for quite a while, could it have been because Africa is not a 5G region (on the whole)? If some African countries have launched pre-installed 5G network bases as of yet, there are certainly not as many as on other continents, by far. I saw this vid on my friend @chakabars page this am & researched the entire day. Not sold? It’s a lot. I get it. That’s fine. But Google or Youtube affects of 5G, EMF exposure, electromagnetic frequency, & radio frequency radiation for yourself… And to those like me who want to take any measures of protection against it—(although the towers are more dangerous)—you can protect your home & family by going to ur phone Settings to disable LTE under “Cellular Data Options,” which knocks your data speed down to 3 or 4G. Top right corner will show you which network ur on. Also, turn your phone on Airplane Mode or Power them off when not in use or while you sleep. And keep them away from your bodies as much as possible during the day. I’m not an expert on anything. This is a think piece. The post intrigued me & illustrates a possibility based on the facts above. And please watch in entirety before commenting. I’m sure we all got time today…‍♀️

Hilson also claimed coronavirus is not as prevalent in Africa because the continent is not on the 5G network. However, the CDC has confirmed over 200 cases throughout the region.

Why do you think the virus is not happening in Africa like that? Not a 5G region. There may be a few bases there, but not as prevalent as other countries. It has nothing to do w/ melanin (for those theories)…

While she admitted that she is “not an expert on anything,” she received backlash on social media for her conspiracy theory. Some called her “deeply irresponsible” and “completely and utterly wrong,” while others said she must have been hacked.

with the following you have, tweeting this is deeply irresponsible. shame on you.

You apparently have millions of followers.

Perhaps one of them is an actual scientist who would love to explain all this to you and why this is completely and utterly wrong.

Me trying to follow along with this theory pic.twitter.com/cyFP4tbsQP

Hilson has remained out of the spotlight since the release of her 2010 album No Boys Allowed. The project, which has been delayed for over a decade, is due sometime this year.