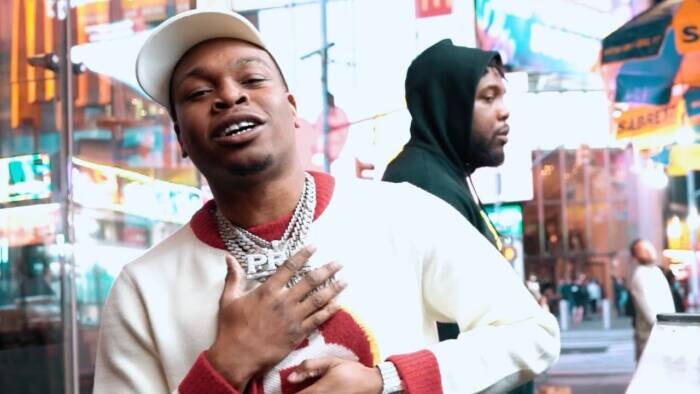 Specializing in fast-talking head-nodders with a Memphis drawl, Kenny Muney knows how to rock a crowd. Sharing scenes from his recent nationwide tour, Kenny proves that he gets money from coast to coast with “Cross Country,” his new video single. Produced by Bandplay, who matches thumping percussion with Southern-fried horns and ethereal vocals, “Cross Country” is Kenny’s trap travelogue, a lyrical exercise that chronicles the Paper Route Empire rapper’s facility with interstate commerce: “I was out in Cali makin’ Green/They was callin’ me Draymond/I have a ho that I hit in Texas/They call me, the Texas chainsaw/Cut em up and I hop in my race car.”

The new video compiles clips from Kenny’s recent stint opening for fellow PRE rapper Key Glock on the “Yellow Tape Tour,” showing scenes from nearly every state and city that Kenny mentions in his lyrics (“I get money everywhere but Alaska”). The South Memphis native visits the Golden Gate Bridge, Times Square,  his hometown of Memphis, and everywhere in between, where he poses with the locals, dances on his tour bus, and rocks the crowd during sold-out dates.