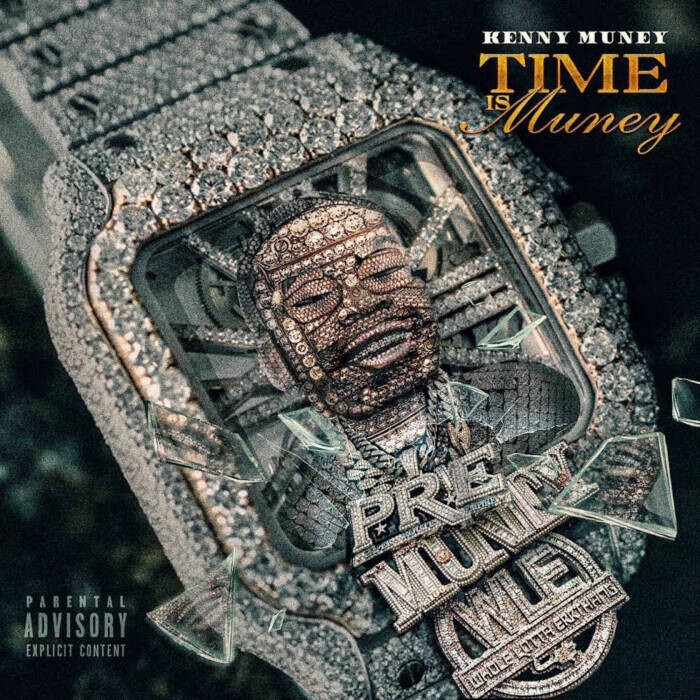 Handpicked by Young Dolph, who recognized his humble attitude and an bottomless arsenal of too-tough bars, Kenny Muney has the goods to be Paper Route Empire’s next breakout star. Standing up for South Memphis in a way that would make his mentor proud, Muney announces Time is Muney, his new 16-track project. The new album provides a slew of simmering trap slappers for Kenny to sink his teeth into–he has a knack for rhyming with a trance-like intensity, while somehow maintaining his sly grin. Following in the wake of “Role Model,” a moving tribute track from Paper Route Empire’s recent compilation album Paper Route Empire Presents: Long Live Dolph, Muney steps into the spotlight of his own making with his new project, showcasing his inimitable, raw talent. Featuring appearances from fellow PRE rappers Key Glock and Big Moochie Grape, plus an additional guest spot from Chicago’s Dreezy, Time is Muney arrives on February 11th via Paper Route Empire.

Along with the Time is Muney announcement, Kenny Muney shares the video for “Petro,” a standout from the project for its bouncy baseline and glossy guitar loops over which he delivers infectious flows. In line with the track’s title, the video shows Kenny on the clock at a Chevron station, putting the triple entendre of the gas he’s dealing with on display. Whether it’s the gas he’s pumping, pushing, or spitting, Kenny Muney assures listeners, “I don’t sell lies, I don’t sell dreams, b****, I sell Petro.” “Petro” quickly follows “Role Model,” which has over 1.6 million views in 9 days of release, and arrives in the wake of “Backend Freestyle” (424k views), the first video from Time is Muney, which dropped in November.

In the run up to Time is Muney, the follow-up to 2019’s Muney Talk, the Paper Route Empire signee kept himself busy in 2021 by releasing multiple singles, including “Lowkey,” “For Kenny,” “Long Time Coming,” and “Poppin It.” This past July, Paper Route Empire released their first ever collaborative mixtape, PAPER ROUTE iLLUMINATi, which heavily featured Young Dolph, Key Glock, and Kenny Muney among other label members.

With Time is Muney, Kenny Muney shows that he has the talent and determination to succeed in the Empire-building business.