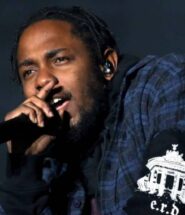 Even without releasing a solo album in nearly four years, Kendrick Lamar’s prior work is speaking for itself. K. Dot’s sophomore album collected another accolade with good kid, m.A.A.d city selling two million pure album copies, according to Chart Data.

Some are believing that Chart Data‘s tweet is inferring that Kendrick’s Good Kid album is multi-platinum, but the Grammy-nominated project was already certified triple-platinum by the RIAA in 2018, even though this is reportedly his first album to sell two million pure copies.

.@kendricklamar‘s ‘good kid, m.A.A.d city’ has now sold over 2 million pure copies in the US. It’s his first album to reach this milestone.

In June 2020, good kid, m.A.A.d city became the longest-charting Hip Hop album of all time by spending 400 weeks on the Billboard 200. As of February 18, the album remains on the chart after 433 weeks.

His most recent album also continues to make history. DAMN. released in April 2017 and hasn’t left the Billboard 200 since its arrival. The Pulitzer Prize-winning album has now spent 200 weeks on the chart since debuting at No. 1.