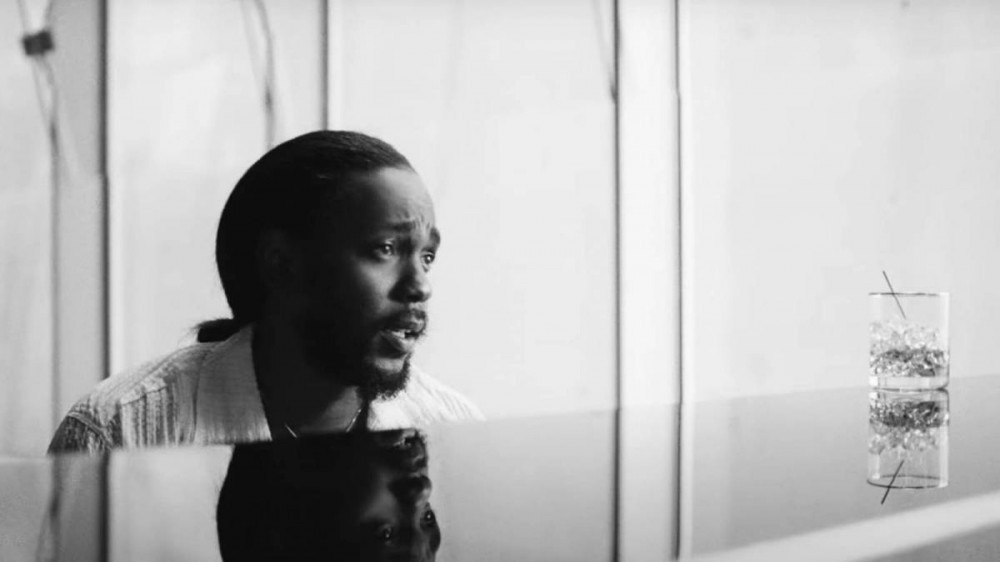 Kendrick Lamar has returned with a video for “N95,” the first visual component from his new album Mr. Morale & The Big Steppers. The 34-year-old Compton native announced its arrival with a tweet on Saturday (May 14).

The post featured a brief clip from the video in which Kendrick is floating above the Pacific Ocean in a pose similar to how Jesus Christ was hung on the cross. As typical for a Kendrick tweet, the caption was simple: “N95” and a link to the YouTube video.

Directed by Dave Free and Kendrick Lamar, the “N95” video switches from color to black-and-white multiple times throughout its 3:26-minute runtime with the words “THIS SHIT HARD” often appearing in red across the visual. It also continues the Jesus theme established with the album’s cover art in which Kendrick is wearing a crown of thorns.

The video has been a long time coming. Kendrick was initially spotted shooting the visual in September 2020. A photo of the former Top Dawg Entertainment golden child sitting at a payphone rocking a pair of black Chuck Taylors, mustard yellow shorts and a white crewneck made the rounds, building hype for the DAMN. follow-up.

A few days later, he was captured on video hovering above the Pacific Ocean. The clip showed Kendrick dressed in all white and surrounded by video cameras as the sun set on the water. A yellow crane lifted him up into the air where he dangled for several seconds.