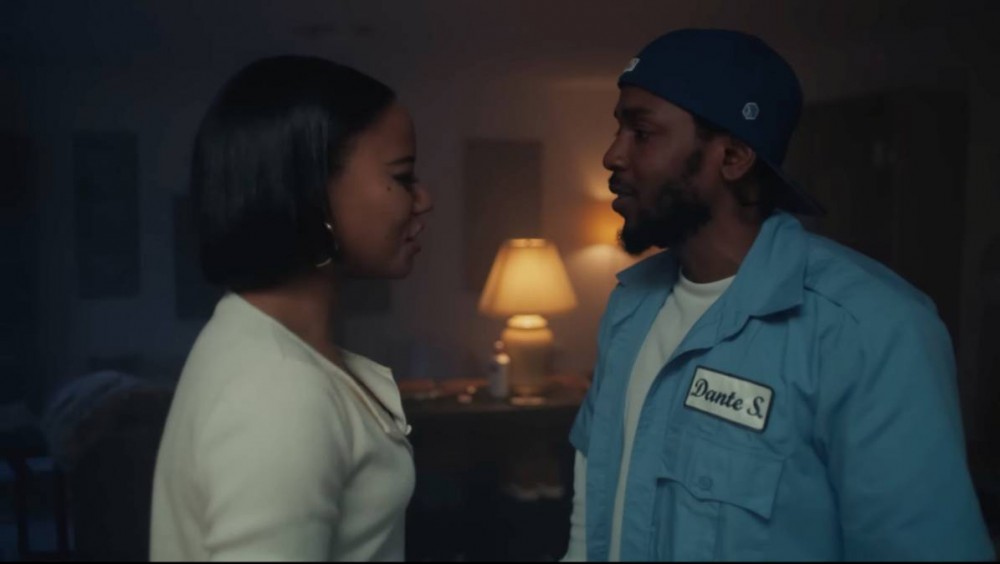 Kendrick Lamar has turned his tumultuous track “We Cry Together” into a short film — check it out below.

K. Dot’s latest music video from Mr. Morale & The Big Steppers arrives after actor Taylour Paige teased the visual back in May. Kendrick had also premiered the short film at the Laemmle Royal Theater in L.A. back in June.

It was recently revealed that the six-minute film has qualified Kendrick for consideration for the Academy Award’s Best Live Action Short category.

The film plays out exactly as the song does, with Paige and Lamar starring as an incendiary couple that trade hurtful bars over the Alchemist’s driving piano.

“We Cry Together” is the most divisive track on Mr. Morale, with some fans praising Kendrick’s authentic depiction of a toxic relationship, while others found the song unsettling, and compared it to tracks such as Eminem’s “Kim” from The Marshall Mathers LP, or RZA’s “Domestic Violence.”

The single in turn made history in a way few artists would want. According to Chart Data, “We Cry Together” plummeted 81 spots on the Billboard Hot 100 chart in just a single week. After initially debuting at No. 16, the track experienced a sharp nosedive, becoming the largest single-week drop in the chart’s history for a song that remained on the chart.

All 18 tracks from Mr. Morale & The Big Steppers separately charted on the Hot 100 when the album dropped on May 13, and the album itself debuted at No. 1 on the Billboard 200, moving over 295,000 total album-equivalent units, making it one of the biggest release weeks of the year.

It marked Kendrick’s fourth No. 1 record and was met with widespread praise across the Hip Hop landscape. The album also was also recently deemed the first album to hit a billion streams on Spotify in 2022.

Meanwhile, Kendrick Lamar can add Madonna to the long list of artists eager to work with him.

The Queen of Pop put her K. Dot collaboration dreams in the air during a recent appearance on The Tonight Show, telling host Jimmy Fallon: “There’s one artist that I worship more than anything in life and I would love to collaborate with him, and that’s Kendrick Lamar.”