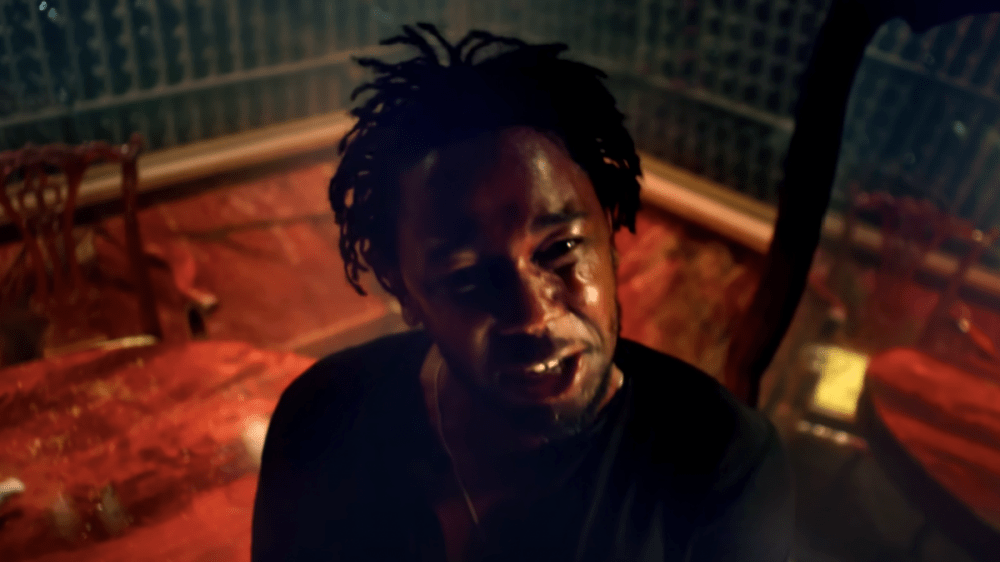 Kendrick Lamar‘s “u” is the most vulnerable and gut-wrenching moment not only on To Pimp a Butterfly, but in Kendrick’s entire catalog. Holed up in a hotel room, the Compton rapper’s emotions spill over into suicidal thoughts as the “savior of Hip Hop” wrestles with survivor’s remorse.

“Everyone heard it, multiple shots, corners cryin’ out/You was deserted, where was your antennas again?/Where was your presence, where was your support that you pretend?” he asks himself in a drunken, guilt-ridden yelp before telling the man in the mirror “shoulda killed yo ass a long time ago.”

In the latest episode of Spotify’s The Big Hit Show podcast, some of Kendrick Lamar’s closest collaborators shed light on the making of “u,” revealing the real-life suffering that bled over into the booth.

“That time he actually went in the booth, turned out all the lights and you just knew something was different,” said Sounwave, who co-produced the song with Taz Arnold and Whoarei. “Going back to that, like, I’m about to tear up. That was deep. I’ve never seen him like that.

“I’ve seen him experiment on trying to get different things out, but to actually pull that emotion out, in my head I felt him bombarding himself for every heart thought that’s hitting him at that moment just to get that feeling.”

TDE President Terrence “Punch” Henderson Jr. added, “[He] cut all the lights out and just really went in… got all of those emotions out.”

Kendrick Lamar‘s longtime manager and pgLang co-founder Dave Free delved into the pain and grief that the TDE MC was dealing with while recording To Pimp a Butterfly. K. Dot lost numerous close friends after the success of 2012’s good kid, m.A.A.d city, but the death of 23-year-old Chad Keaton hit him especially hard.

“Chad was a really hard one for Kendrick ’cause Chad was younger than us, like a lil’ bro,” Free said. “I’ll never forget, he FaceTimed me [while we were on tour] and we was on the bus talking to him, and we were telling him, ‘Bro, we about to come back and see you. We gonna try and cut this run short and get back to you.’ And we didn’t get back to see him before he passed.”

Keaton died in August 2013. He was wounded in a drive-by shooting in Compton that July — after which Kendrick stayed in touch with him — but succumbed to his injuries while in hospital 31 days later.

Making his death all the more painful was the fact that Chad’s older brother, Jason, had asked Kendrick to look out for his sibling while he was in prison.

“Jason asked of him like, ‘Yo, just look out for lil’ bro, man,’” Dave Free recalled. “That was a responsibility, so when [Chad died] it kinda felt like he let him down.”

He added, “That survivor’s remorse is real, man, ’cause you feel that shit. You hearing the bad news as you travelling and the first thing you gotta think about is like, ‘Ok, for this scenario to happen, it’s gonna be a reaction.’ So now you gotta use your superpower to calm people down.

“That was really hard for [Kendrick] because it’s like, how you calm somebody down when you feel the same way? You feel like you wanna go get some revenge? Seeing him battle with that on the road was hard … No matter how much you say it in the rap, you still gotta feel, you still gotta live with it. And you know when it creeps up on you? When you get bored. That’s when you can’t run from it.”

Season two of The Big Hit Show is dedicated entirely to Kendrick Lamar’s To Pimp a Butterfly. Episode one, available above, also features interviews with Rapsody, Thundercat, Flying Lotus, George Clinton and even Kendrick himself.