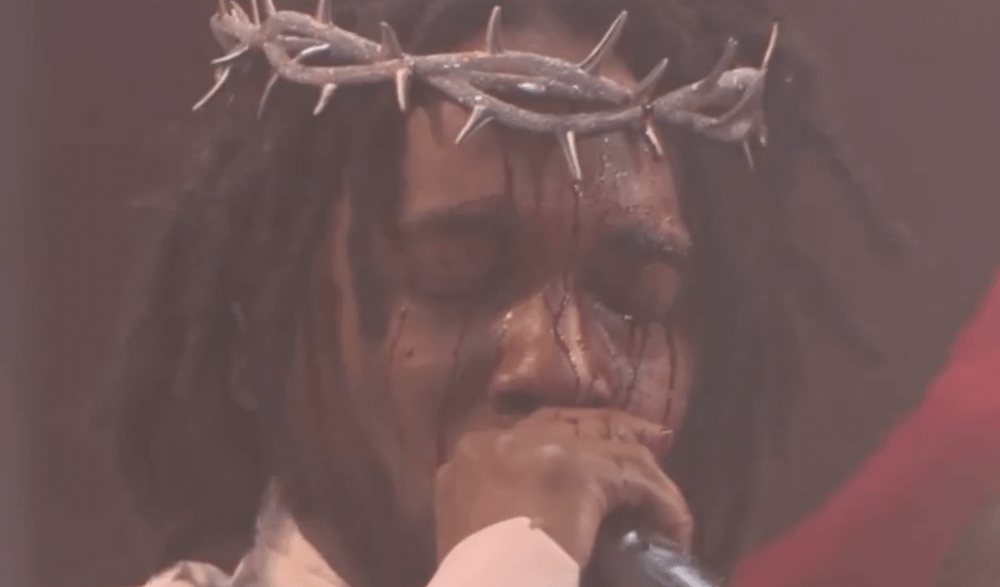 On Friday, the Supreme Court voted to overturn Roe v. Wade, a landmark Supreme Court decision that granted federal protection over the right for women to legally get abortions, thus leaving its legality up to the states. This has sparked multiple protests across the country, and even the world watches as the United States takes another step back in ensuring the rights and safety of its citizens.

During his headlining set at Glastonbury on Sunday, June 26, Kendrick Lamar used the stage to make a powerful message about women’s rights. In the clip below, Kendrick is wearing the diamond-encrusted crown of thorns with blood coming from his head as he raps “They judge you, they judged Christ. Godspeed for women’s rights.”

K.Dot also addressed the crowd during his performance of “Love.”

“On behalf of me and my team, I want to thank every individual out here tonight,” he said. “I consider y’all family, this shit is special, it means a lot to me. I look out into the crowd and I see different creeds, different colors. I wear this crown. They judged Christ. They judge you, they judged Christ. We gonna continue to walk in his image.”

Among the other artists who spoke out about the Supreme Court’s ruling were Megan Thee Stallion and Eminem. Meg led the crows in chanting, “My body, my motherfucking choice.”