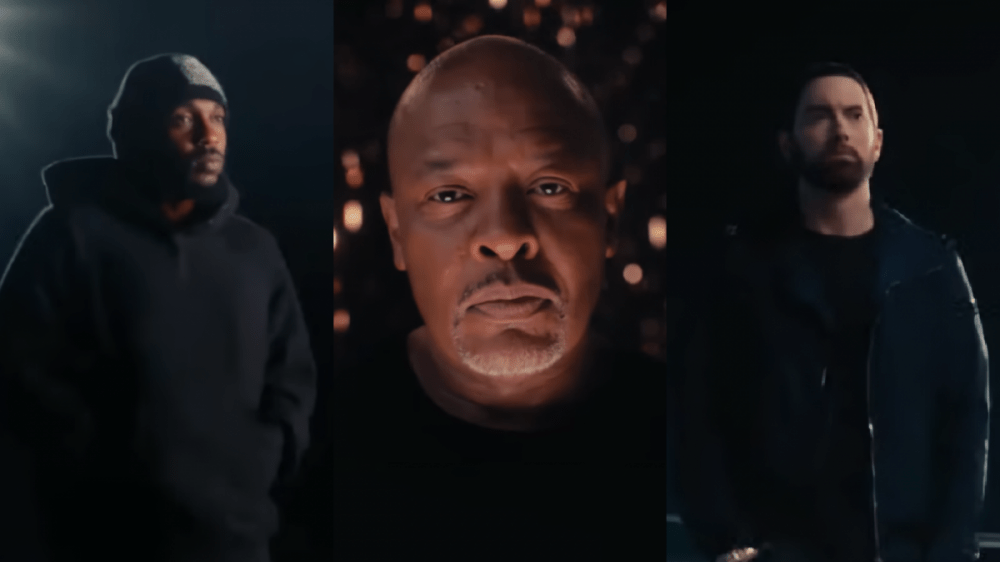 Pepsi delivered an exhilarating trailer to the highly-anticipated performance on Thursday (January 20), which finds all the superstar artists making their way to L.A. from all over the country to essentially form the Hip Hop Avengers.

Dubbed The Call, the trailer opens with Eminem battling his Slim Shady alter-ego in the studio laboratory until his focus is distracted by a message from Dr. Dre, forcing him to hit the road and head to meet up with the West Coast legend.

The ever-glamorous Mary J. Blige joins the crew from her native New York City, Snoop Dogg journeys in one of his familiar low riders, while Kendrick Lamar is busy scribbling new rhymes in solitary before being summoned to the SoFi Stadium.

The three-minute clip is helmed by Straight Outta Compton director F. Gary Gray, who said in a statement, “Each time I collaborate with Dre, it seems to mark an important moment in entertainment history, from projects like Friday, Set It Off, Straight Outta Compton, to now the Pepsi Super Bowl LVI Halftime Show.

“As a super fan, I consider it an honor and privilege to authentically build and create this moment with five of the most legendary artists in music history. It’s been a blast!”

Expectations are through the roof with the all-star lineup set to take the stage in Los Angeles and follow The Weeknd’s performance from last year. Dr. Dre has also teased that the Super Bowl performance will lay the foundation for the “next saga” of his decorated career, which will find him “bigger and better than ever.”