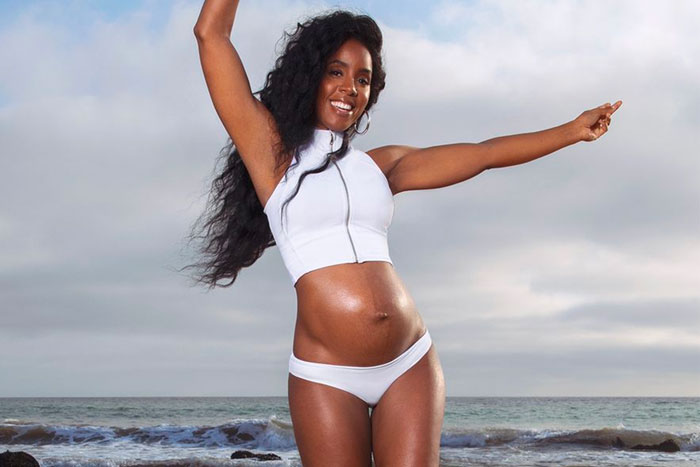 The singer and her husband Tim Weatherspoon are expecting another baby. The Destiny’s Child alum shared the exciting news of her pregnancy on the November cover of Women’s Health where she flaunts her baby bump in a stunning beach shoot.

The couple decided to expand their family and she got pregnant right away, much to her surprise. “We had been talking about it loosely, and then COVID happened, and we were just like, ‘Let’s see what happens,'” says Rowland, 39.

@kellyrowland is WH's November cover star—and surprise, she's expecting her second child! 💕 "You still want to remind people that life is important," she says of deciding to share her happy news. “And being able to have a child…I’m knocking at 40’s door in February. Taking care of myself means a lot to me." The singer opens up about being pregnant in a pandemic, parenting, and taking a moment to breathe at the link in bio. WH's first-ever Music Issue hits stands October 20! 🎶 #WHstrong 📷: @djenebaaduayom

However, she was hesitant to share the news publicly because of the state of the world. “But you still want to remind people that life is important,” adds Rowland, whose pregnancy cravings include chocolate and peanut butter. “And being able to have a child… I’m knocking at 40’s door in February. Taking care of myself means a lot to me.”

This will be the second child for Rowland and Weatherspoon, whose son Titan turns 6 in November.

Rowland reflected on what it’s like to raise a Black child in these times. “I’d just put Titan to bed,” she says of learning of George Floyd’s death earlier this year. “I got into the shower, and I had this real hard, ugly, deep cry. Because I promised to protect my kid. That was the main thing I was thinking about: protecting this little innocence.”

And despite her focus on family, she hasn’t forgotten about music. She continues to work on her fifth solo album, which will reflect her personal experiences including her 2018 reunion with her biological father. “I like to touch on everything. I want it to feel very organic, coming from me,” she said.

Rowland will also reprise her role in the sequel to Lifetime’s holiday movie Merry Liddle Christmas, which premieres next month.