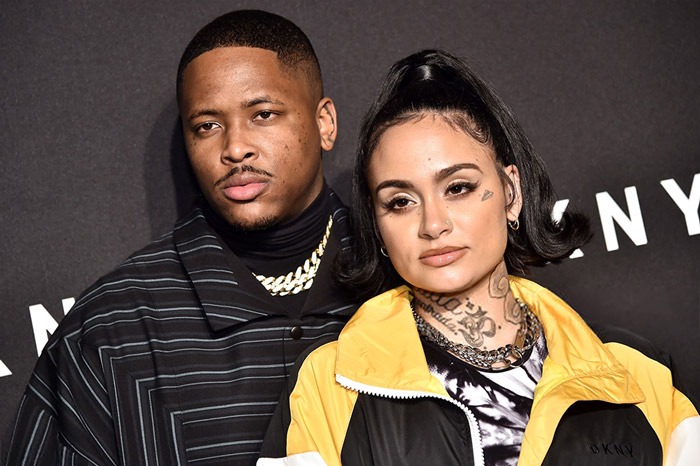 Kehlani is putting YG on blast.

Just days after the Compton rapper dropped their “Konclusions” collaboration on Valentine’s Day, the singer has responded with her own song “Valentine’s Day (Shameful),” on which she appears to confirm their split. The Rascals-produced track, which was released Sunday night, finds a broken-hearted Kehlani coming to terms with their relationship and realizing that she’s better off without him.

a lot to say a lot to feel.

“I am making amends with myself / Forgive me for loving you,” she sings. “I just took a risk loving loudly / Defended you proudly / Ignored all the signs / Yeah, it’s true / And the immature me wishes that I could make him know / That you should be left alone.”

She doesn’t hold back, calling him out for putting up a front. “And the immature me hopes the world sees just who you are / A facade only gets you so far,” she sings. “You played the hero but you really are the villain,” adding, “Used me for status and the fame and recognition / It’s fucking crazy what they do for recognition / I say your name, but you don’t deserve recognition.”

She claims to have been there for him (“I helped you fight your addiction and change your whole life just to find myself played in the end”), but confesses that his cheating hurt her (“Truth is, I’ve been fucking lost since that very day”).

And it appears that she’s not going back. “Hope you live happily ever after with the bitch,” she says. “Ain’t find out sooner that you was unfaithful / Damn, you so shameful / So fuckin’ shameful / You’re fuckin’ ungrateful.”

Kehlani also addressed the breakup in a since-deleted tweet. “I go thru normal shit like everyone else. just under a spotlight. in front of people who don’t know me to care about me,” she wrote. “people who will say the worst because they don’t prioritize or even remember my humanity. i know what i signed up for. it’s all good. all i can do is evolve.”

She added, “I’m not afraid to stand in my truth at all times and be here chest out ten toes down in the good the bad and the ugly. thank you if you see me, it’s all love if you don’t.”

The former couple went public with their relationship at New York Fashion Week in September. The following month, YG was filmed flirting with a mystery brunette at Todd Gurley’s Halloween party, but despite the video evidence, they remained together. Kehlani reaffirmed her love for YG on November’s “You Know Wassup,” while YG recently got a tattoo of Kehlani’s name on his neck.