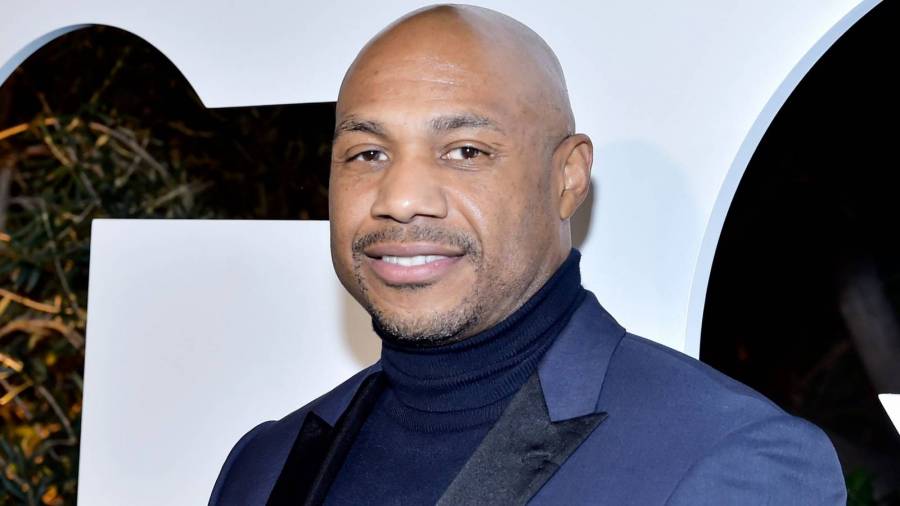 EXCLUSIVE – While taking time to nurse his torn Achilles, Brooklyn Nets basketball star Kevin Durant has been keeping busy in another creative space. His brand new podcast alongside co-host Eddie Gonzalez The ETCs with Kevin Durant has gotten off to a great start with guests such as NBA star Kyrie Irving, producer Noah “40” Shebib and MixedbyAli sharing entertaining stories about their lives.

For the latest episode, KD is closing the year out with a bang sitting down with Roc-A-Fella co-founder Kareem ‘Biggs’ Burke for an exclusive talk. In the episode, Biggs opened up about his time in poverty while running the streets at a young age, turning the Roc-A-Fella lifestyle into an iconic brand and the first time JAY-Z won him over.

Roc-A-Fella Records is one of Hip Hop’s most iconic labels that defined the sound of the culture in the late 90s. Biggs joined forces with JAY-Z and Damon Dash to form a group that changed the way collectives worked in Hip Hop. During the interview, Biggs revealed he wasn’t into the music as much as Hov or Dame were, despite having such a strong start.

“I never, ever thought I would be in the music business,” Biggs said in regards to Roc-A-Fella’s early beginnings. “Even when Dame said it, I just thought of it a way as to get out of one type of lifestyle into another. But not necessarily because I loved music.”

“Actually when I heard Jay early on, I wasn’t even, I wasn’t necessarily a fan,” he continued. “It wasn’t until Jay battled DMX and I became a fan. And he started to talk more. Before that he was real lyrical and had a different, you know, talked about different content. And then, there he was talking about things that resonated with us, you know. I became a fan then.”

Following Roc-A-Fella’s remarkable run, Biggs stepped away from the music industry after the label’s ugly break up in the mid-2000s. He explained to KD and Gonzalez he no longer cared for anything involving music as he felt there were bigger things to worry about.

“I was content and bored at a time,” Biggs said. “You know, it’s funny because I haven’t touched music, I’m gonna say, in about between 12 and 15 years, something like that. Uh, then, you know, the first, the last, the first two Kanye albums were probably the last two projects I did and I was like, I didn’t really care about the music business no more. It wasn’t as inspiring to me.”

Thankfully, Biggs came back into the fold when he first heard SAINt JHN’s Collection One. The album had Biggs listen to music again and pushed him to open his own management company, to which JHN is signed to. But even though it woke up his spirit, Biggs was still hesitant on coming all the way back.

“It wasn’t something that I really wanted to do,” he continued. “But after speaking to JAY-Z and Tata and asking about them about it and Ta, who played me the music, introduced to SAINt JHN, was like, ‘Look we tried to sign him. That guy’s incredible.’ And Jay was like, ‘Look, you real passionate about it, you know, you should do it.’ And it was probably one of the best, you know, some of the best advice I’ve gotten and one of the best decisions I’ve made.”

The ETCs Podcast with Kevin Durant, has the two co-hosts and their special guests conduct candid conversations about the best of sports, music, entertainment and culture. Each episode takes a deep dive into the history, legacy and lasting impact of a landmark cultural moment that helped shape the world as we know it today.