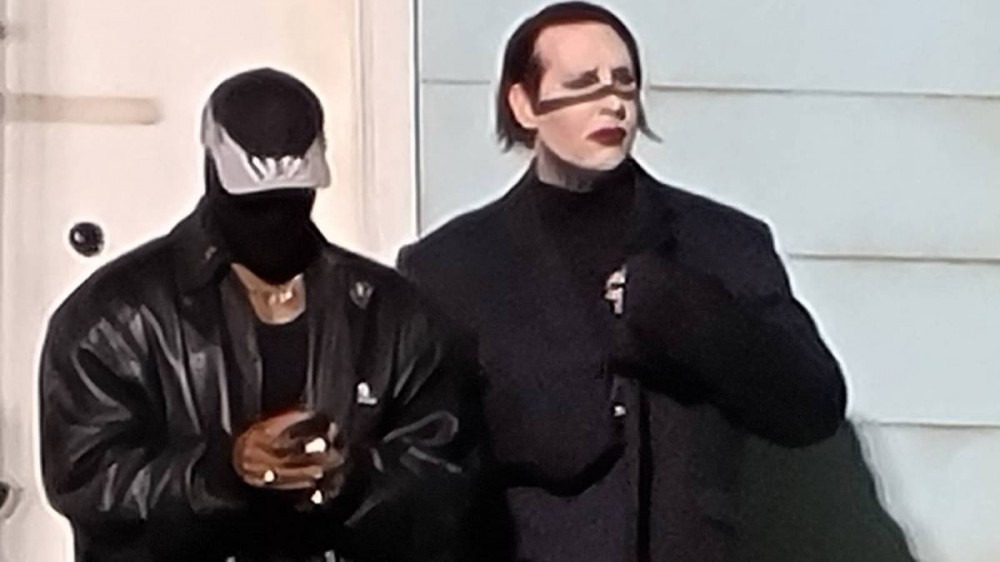 Kanye West raised a few eyebrows in August when he hosted shock rocker Marilyn Manson at his Chicago Donda listening party. Manson is currently facing numerous allegations from multiple women who accuse the 52-year-old of sexual assault — and the hits keep coming.

According to TMZ, Manson now stands accused of frequently locking women in a solitary-confinement soundproof cell in an effort to punish them for being “bad.” Speaking to Rolling Stone, former assistant suing Manson for sexual assault and other charges, Ashley Walters, says he basically boasted about it.

“He always had a joking, bragging tone,” she said. Meanwhile, Another former assistant, Ryan Brown denied ever seeing any women confined in the so-called “Bad Girls’ Room” but admitted, “It was common knowledge that’s what everybody had called it.” Manson didn’t exactly hide it either. He once said in a 2012 interview, “If anyone’s bad, I can lock them in it, and it’s soundproof.”

Another alleged victim, Ashley Morgan Smithline, is suing Manson for sexual assault and unlawful imprisonment. She claims he forced her to stay in the space for hours at a time when they were dating.

“At first, he made it sound cool,” Smithline said. “Then, he made it sound very punitive. Even if I was screaming, no one would hear me.” As she tells it, “First you fight, and he enjoys the struggle. I learned to not fight it, because that was giving him what he wanted. I just went somewhere else in my head.”

Game of Thrones actress Esmé Bianco claims Manson verbally abused her, deprived her of sleep and food, “bit, cut, electrocuted, and whipped her without her consent” and raped her during their two years together. Bianco alleges Manson once wielded an ax and chased her around the apartment “smashing holes in the walls” for “crowding him.”

“That was a final-straw moment for me,” Bianco said. “[I felt] in imminent danger for [her] life. [Leaving] was my best attempt to survive.”

Manson appeared on the Donda album and provided commentary on why cancel culture doesn’t exist. He later popped up at one of Kanye’s newly resurrected Sunday Service events where he was dressed in all white and prayed with the group.

“When I sit next to Marilyn Manson and DaBaby right after both of them got canceled for five songs, it’s like, they can’t cancel us all,” he said. “They’ll hit you with an accusation of somebody that you was with 10 years ago. Then also, there’s women who have been through really serious things [being] pulled in alleys against their will — that’s different than a hug. But it’s classified as the same thing. It’s power and politics. Power-hungry maniacs. This is 1984 mind control that we in.”