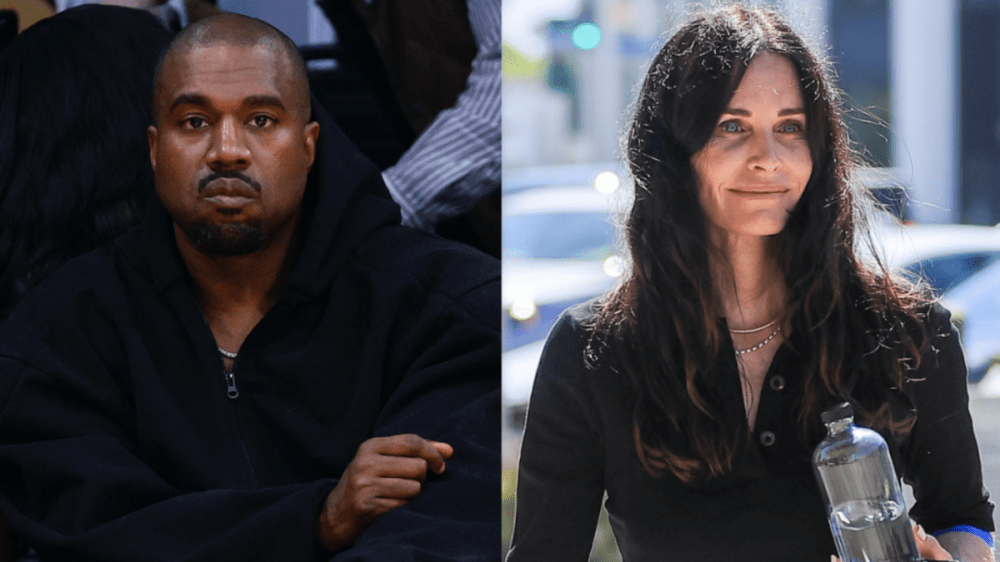 Kanye West’s clarification about his “Friends wasn’t funny” tweet has solicited a response from one of the show’s stars, Courteney Cox.

The actress, who played Monica Geller on the long-running sitcom, posted a video on Instagram on Tuesday (September 6) playfully jabbing the Chicago rap icon after he admitted he didn’t actually write the tweet, even though it came from his official Twitter account.

The clip, soundtracked by Kanye’s 2008 hit “Heartless,” shows Cox stumbling on the rapper’s recent message about the viral tweet — zeroing in on the “Friends wasn’t funny” part — before angrily turning her speaker off.

She wrote in the caption: “I bet the old Kayne thought Friends was funny [frowning face].”

Kanye shared his Friends tweet confession in a since-deleted Instagram post last week, writing: “I know you guys gonna be disappointed but I actually didn’t write the [tweet] that said ‘Friends wasn’t funny either’ but I wish I had I’d love to know who thought of that.”

The October 2020 tweet was in response to Friends star Jennifer Aniston telling her Instagram followers, “It’s not funny to vote for Kanye,” who unsuccessfully ran for office in the 2020 presidential election. Aniston instead threw her support behind eventual winner Joe Biden.

Kanye West’s recent Instagram posting spree has come in the middle of his war with adidas and Gap over stolen design ideas. While his battle with adidas looks to be on the mend for now, he’s still taking aim at general manager Daniel Cherry III.

In a video circulating social media, Ye and his Donda team appear to have created a life-sized doll mirrored after Cherry, complete with his signature fedora hat.

Students at his Donda Academy can be seen holding the effigy up while others shout, “He’s finished” and give a thumbs down. “Damn, DC!” another person can be heard saying.

Yeezy’s latest post on Wednesday (September 7) took on a more serious tone, showing a photo of him hugging his children at the Donda Doves media day. Kanye candidly admitted he hopes to one day hand the keys to his fashion empire to his kids.

“Some things are bigger than money,” he wrote. “My kids have no idea what daddy has gone through this past few days alone to secure the brand that will one day be handed down to them God Willing These future leaders will never back down be stolen from and forced to compromise who they are for the check.”