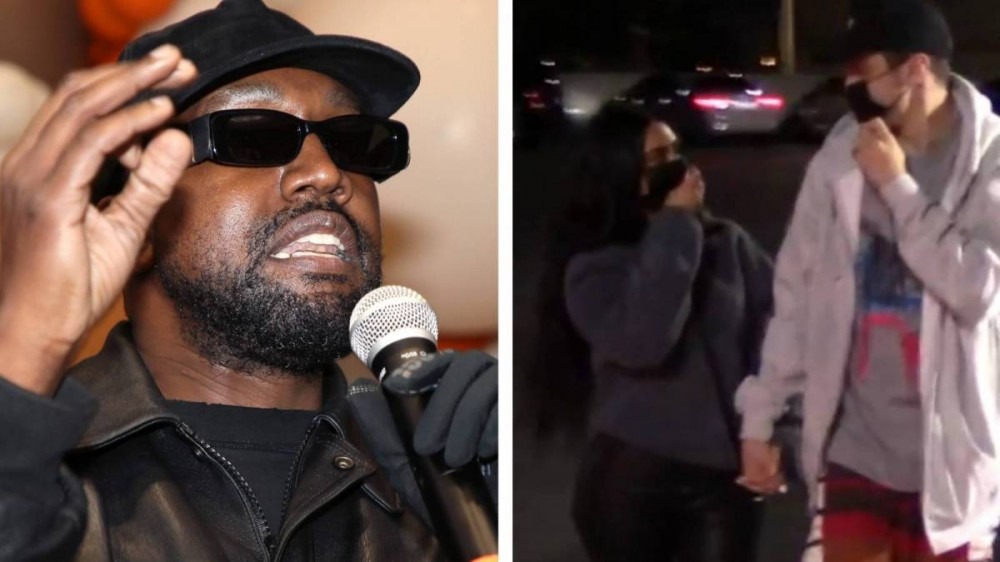 Kanye West has made it abundantly clear how much he doesn’t like Pete Davidson, Kim Kardashian’s new boyfriend. In addition to ruthlessly dragging the 28-year-old comedian on social media, he also decapitated and buried alive a cartoon version of the Saturday Night Live actor in the visual for The Game-assisted “Eazy.”

Reactions were mixed online; some found it appalling while others thought it was just art. According to Entertainment Tonight, both Pete Davidson and Kim Kardashian saw the video and also had wildly different reactions.

“He finds the fact that Kanye included a cartoon version of him in his music video hysterical,” a source said. “He is almost flattered by it all because it is so ridiculous to him … [Pete] is not threatened by Kanye in any way, shape or form.”

The source added, “He’s using this to grow in more ways than one, including for himself and his relationship with Kim. He is turning all of the negativity into a positive thing.”

It’s likely Kanye West was hoping to get the opposite reaction from Davidson, but it sounds like he’s simply trying to be there for Kardashian as the divorce is finalized.

“Pete is so understanding and has made an extreme effort to put any of his emotions aside and just be a support system for Kim during this difficult time and transition,” the source explained. “Pete has grown so much as an adult, man, public figure and partner through this process, even though he has unexpectedly been thrown in the middle of things, including Kanye’s rants and the publicity that followed.”

The source continued, “Kim could not be more appreciative of Pete. They are growing astronomically as a result. This has been more of a positive, growing experience for them, contrary to the negativity that surrounds the situation.”

But PEOPLE says Kardashian is livid. As another source explained, “She thinks it’s way too violent and is upset. She’s really upset with Kanye that he’d do this. She’s completely over all of this and she wants it to stop.”

The SKIMS founder scored a major victory in court earlier this week when she was declared legally single. Less than 48 hours later, Kanye posted a poem titled Divorce to his Instagram account.