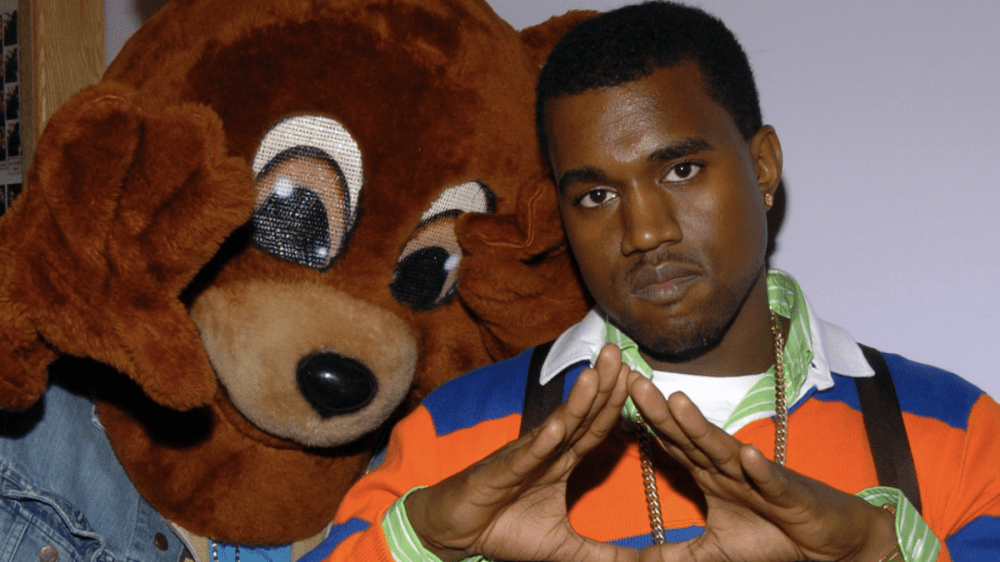 Kanye West’s iconic The College Dropout bear is a Hip Hop artifact synonymous with his meteoric rise to stardom and introduction to mainstream America.

Fake Shore Drive‘s Andrew Barber recently connected with Eric Arginsky, who is the owner of the famed College Dropout bear, which has been sitting in the closet of his mother’s home for nearly 17 years.

Arginsky was in contact with Kanye about a plush teddy bear around the Grammy Award-winning album’s release in 2004, but the line never materialized. While the bear line didn’t come to fruition, Arginsky did come in possession of the College Dropout bear amid the back-and-forth talks.

However, his life-size bear costume isn’t the one used on the cover of the The College Dropout, which was from a local high school, but they couldn’t come to a deal to purchase it from the school.

“I think they tried to buy or purchase that from the high school,” he said. “They were turned down. Obviously, it was going to be the basis for everything going forward [so] they went out and bought this suit which was then what they used on the DVD cover and for future promotions.”

Arginsky is willing to ship the bear suit from his mother’s home for a $1 million price tag. Although he hopes someone from Kanye’s team sees the interview and is interested in purchasing it or reviving their plush teddy bear line. He’s also open to making the sale a more charitable effort or having it displayed in a history museum.

“My mom wants it out of her house soon,” he said. “I love business and opportunity so the best thing that could ever happen is someone from Ye’s camp sees this video and reaches out to you to bring this opportunity back and then you and I are producing bears tomorrow. That’s what I’m really hoping for. I know that the percentages are very slim on that one. But yeah, I would say at this point I’m really open to anything.”

The College Dropout was released by Kanye West on February 10, 2004 and debuted at No. 2 on the Billboard 200 with 441,000 first-week sales. It has since been certified 4x platinum.