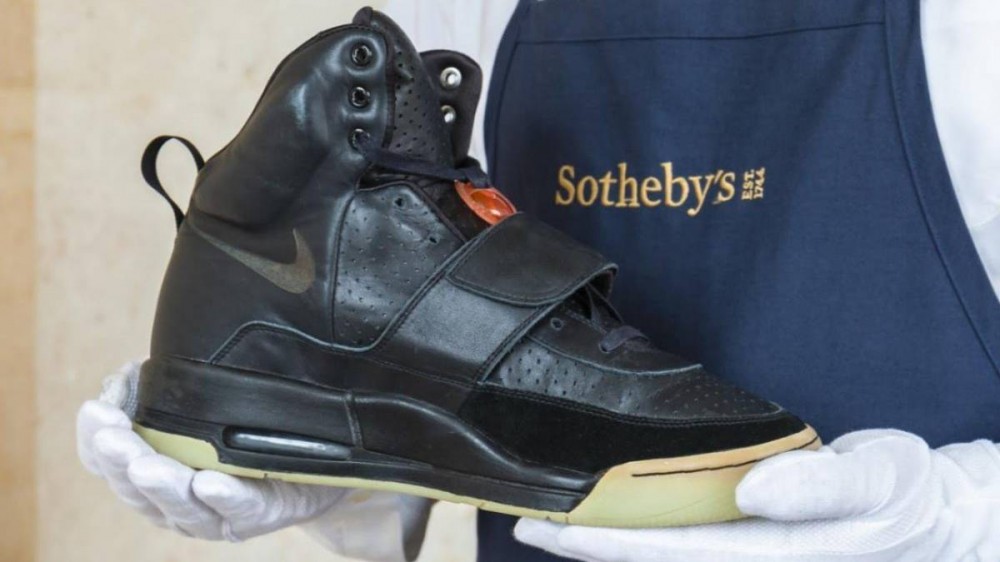 Whoever slept on the Nike Air Yeezy 1 over a decade ago when they released is probably still kicking themselves about it today. After being appraised for a $1 million valuation earlier in April, Sotheby’s announced on Monday that they completed a private sale for the black prototype of the Nike Air Yeezy 1 that Kanye West wore during his 2008 Grammy Awards performance.

The sale by the Elite New York auction company broke the previous world record for a sneaker transaction as the rare pair of Grammy-worn Yeezy’s went for $1.8 million.

“We are thrilled with the result, which has nearly tripled the highest price on record,” said Brahm Wachter, Sotheby’s head of streetwear and modern collectibles. “The sale speaks volumes of Kanye’s legacy as one of the most influential clothing and sneaker designers of our time, and of the Yeezy franchise he has built which has become an industry titan. Furthermore, it builds on the recent growth in Sotheby’s sneakers, which is now offered across our Buy-Now marketplace, auction, and private sales.”

Kanye West debuted the kicks at the 2008 Grammy Awards where he performed a medley of Graduation hit “Stronger” and “Hey Mama” three months following his mother’s tragic passing.

The Nike Air Yeezy 1 would eventually release in 2009 with a retail price of $215 and sold out within minutes. The Nike Air Yeezy 2 then released in 2012 in a pair of colorways called Solar Red and Pure Platinum before the Red October’s dropped in 2014.

The previous record on a sneaker sale was set in May 2020 when a rare pair of Air Jordan 1’s autographed by Michael Jordan himself sold for $560,000 at an online Sotheby’s auction.

Check out the pair of lucrative Yeezy sneakers below.