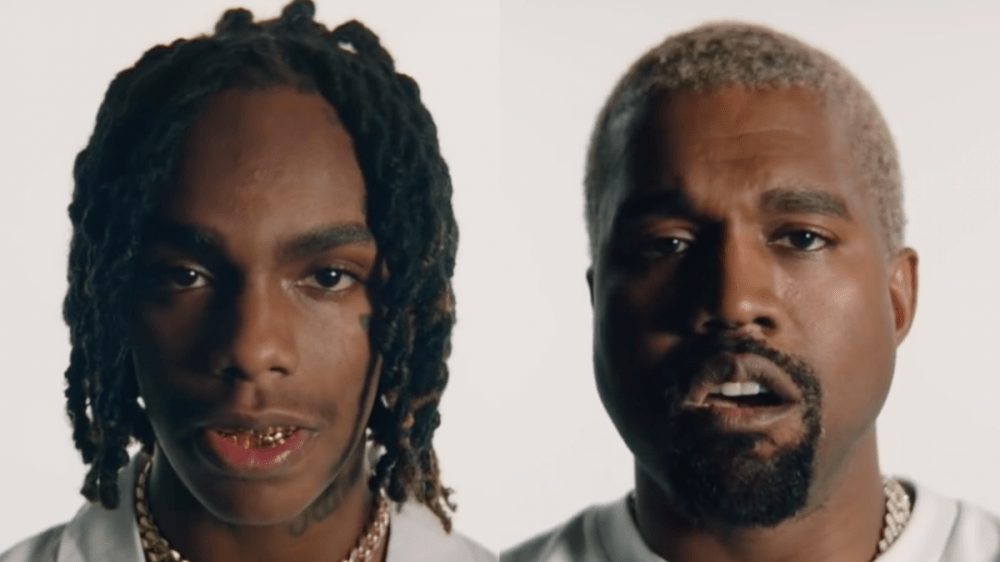 Kanye West appeared on the currently-incarcerated YNW Melly‘s “Mixed Personalities” in 2019, but the collaboration almost didn’t happen. Melly’s manager 100KTrack broke down the story to DJ Akademiks on the latest episode of his Off the Record podcast.

“We playing music, [YNW Melly] played one or two records, he’s bumping his head,” 100KTrack said about their Los Angeles studio session. “Then we play ‘Mixed Personalities’ and he goes crazy. He’s like, ‘Bruh! This is me! This is Ye! This is Kanye! This is Yeezy! This is me!’ So me and Melly looking at each other like, ‘Damn! He fucks with it?’ He’s like, ‘Bruh, I wanna jump on this’”

Despite Kanye’s enthusiastic reaction to the record, 100KTrack initially denied his request to jump on the song due to poor timing.

“Melly looked at me and I looked at him. I said, ‘I ain’t gonna lie Ye, you can’t jump on this record,’” he continued. “On everything I love. I’m not faking it. If you know Ye, call him. This is his reaction. He said, ‘What? Why? No, I gotta jump on this.’

“He’s like, ‘Why? Why?’ I’m like, ‘Cause look bro. Remember, this is his album we’re playing. We already turned in the music. I already got Cole Bennett about to shoot this video. This is one of the main singles that we believe in.’ I’m not tripping. This is three to four weeks of this album about to come out. We already got the structure. We got the video treatment.”

Kanye West apparently loved the song so much, though, he was willing to do whatever it takes to make the collaboration happen.

“At this point, I’m like, ‘Bruh, I’ll play more music,’” 100KTrack explained. “[Kanye] said, ‘Nah Track, nah nah. I’m not gonna lie. Whatever I need to do, I’ll get it done’ … We played ‘City Girls.’ We played ‘Rolling Loud.’ I think we played one more song and then I played ‘Mixed Personalities’ … He’s like, ‘This is really me. I’m feeling a connection to it. Look Track, ain’t no managers, nothing. Take my number.’

Taken from YNW Melly’s 2019 album We All Shine, “Mixed Personalities” currently has over 333 million Spotify streams and was certified 2x-platinum by July 2020. The song features Kanye West on the hook, along with brief verse.