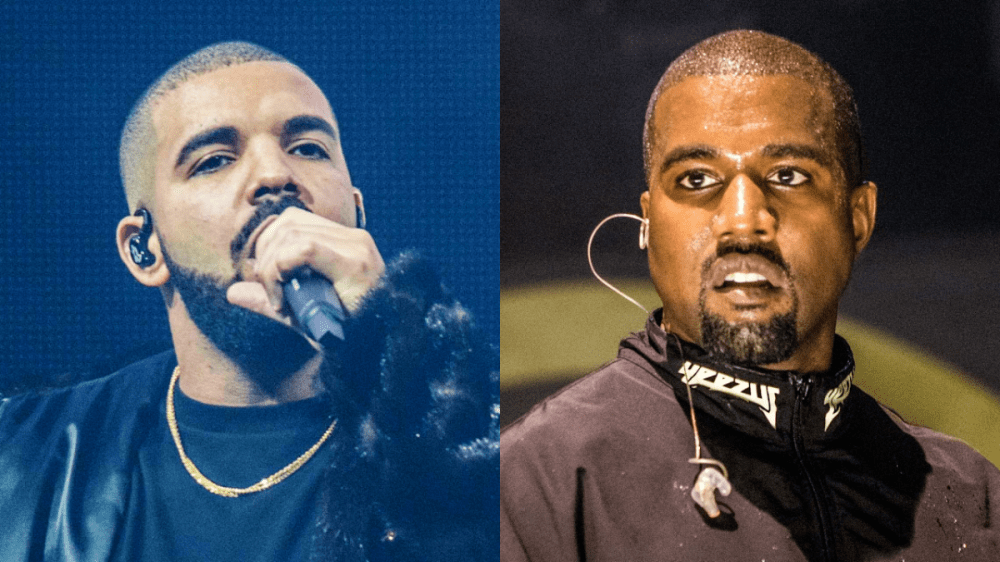 The social media jabs soon started to fly and Kanye, in particular, seemed incensed Drake was encroaching on his Donda release date with Certified Lover Boy.

“I live for this,” he wrote in a since-deleted tweet. “I’ve been fucked with by nerd ass jock n-ggas like you my whole life. You will never recover. I promise you.”

According to Swizz Beatz, Kanye was also ready to destroy Drake in a Verzuz battle. Speaking to veteran radio host Angie Martinez on The Angie Martinez Show, Swizz said he ultimately put the ball in their court and it sounds like the potential for a battle between the two rap titans is still on the table.

“Kanye was willing to do the Verzuz,” he says in the clip. “He wanted to battle Drake. I left that up to them, and that’s what I told to Timb, as well. I was like, ‘Yo, they have to bring that to the table.’ They would have to agree to do that. Kanye was ready, but I don’t know where that’s at now. I’m still leaving it on them.”

Verzuz has exploded in popularity since Timbaland and Swizz Beatz established the Instagram platform in 2020 as a way to combat the quarantine blues. But sometimes, the matchup possibilities get even more attention than the actual events themselves.

Memphis Bleek sparked a spirited debate last week when he suggested Nas was too light on material to battle JAY-Z.

“There’s no comparison,” he told Bally Sports. “Because Nas doesn’t have enough songs to compete. And it’s no disrespect to him but, he just don’t. Jay can battle somebody with just his B-Sides concert catalog, and it’ll still be better than people’s A-Sides.”

He continued, “It would have to be somebody like Big. That was his only competition that I’ve ever seen that he even felt that was competition. And he knew when they went and did Brooklyn’s Finest. Like, Jay knew that I had to go in the studio with the best-best of me ever because I’m rhymin’ with one of the best from Brooklyn. I’m not gonna let this dude dog walk me on my own record.”

The next Verzuz takes place on September 14 in New York City where Fat Joe will go head-to-head with Ja Rule — not 50 Cent.