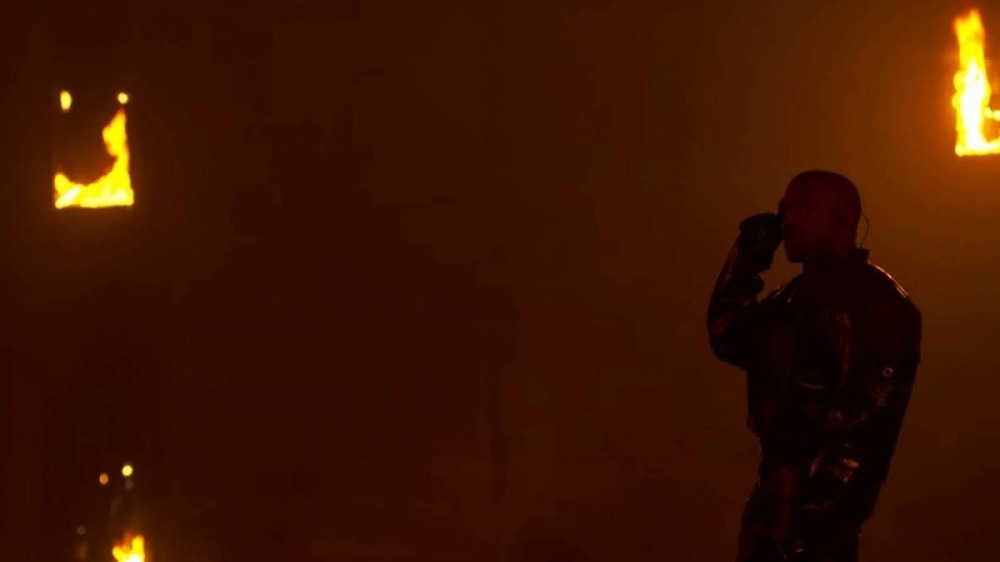 Kanye West held the Donda 2 listening party at Miami’s LoanDepot Park on Tuesday night (February 22). While the first half of the event went relatively smooth, the second half was marred by technical difficulties, which proved to be too much for Ye to handle.

As Ye was revisiting some of the original Donda tracks — including “Hurricanes” featuring Lil Baby and The Weeknd and “Jail” with DaBaby and Marilyn Manson — the sound began to experience some hiccups, and Kanye ended up throwing his mic on the ground in frustration.

The jokes began to fly on Twitter almost immediately, with many accusing Kanye of forgetting his lyrics. But mostly, people were just betting on how many members of the staff were going to get fired following the sound snafu.

“Kanye just fired all these mfs,” a fan wrote alongside the names of the sound designer, playback engineer, front of house engineer, system engineer, monitor engineer and piano techs.

Despite the turbulence, the Donda 2 listening party still appeared to appease Kanye West’s dedicated fans. 2 Chainz, Migos, Pusha T, Alicia Keys, Fivio Foreign, DaBaby and Marilyn Manson were among the many special guests who popped up at the event to perform their various contributions to the Donda experience.

But anyone wanting to get their hands on Donda 2 will have to purchase a stem player for around $200. The album won’t be available on Apple Music, Spotify, Amazon, YouTube or any other streaming services. In the meantime, check out some of the best memes from the latest Ye spectacle below.

Errybody on their car ride home after getting fired and then getting they ass whooped by kanye pic.twitter.com/7rYfFMDSwA

Kanye’s producers when they see that they’re fired #DONDA2 pic.twitter.com/AkL7dUbM4q

Kanye when he find out they got fired pic.twitter.com/TJ2EVFeENO

Kanye reading every name being listed off in the credits knowing every single one of them getting fired: pic.twitter.com/7CIs8ZxO0y

Kanye’s production team when they find out they have been fired #DONDA2 pic.twitter.com/wFizqMj2AR

The sound engineers waiting to get fired by Kanye #DONDA2 pic.twitter.com/qsvBXyL3kG

Somebody is getting FIRED after this performance so many issues are occurring…I know Kanye is FUMING #DONDA2 pic.twitter.com/K5oycqqMHc

I know everyone backstage fr crying RN. I’m in bed and I’m already waiting for his rants cause this shit is straight trash now. Y’all might wanna send Kanye the headshot y’all want him to use when he posts on ig you’re fired. It ain’t just the sound guy atp lol #DONDA2 pic.twitter.com/Anv4zdzBBt