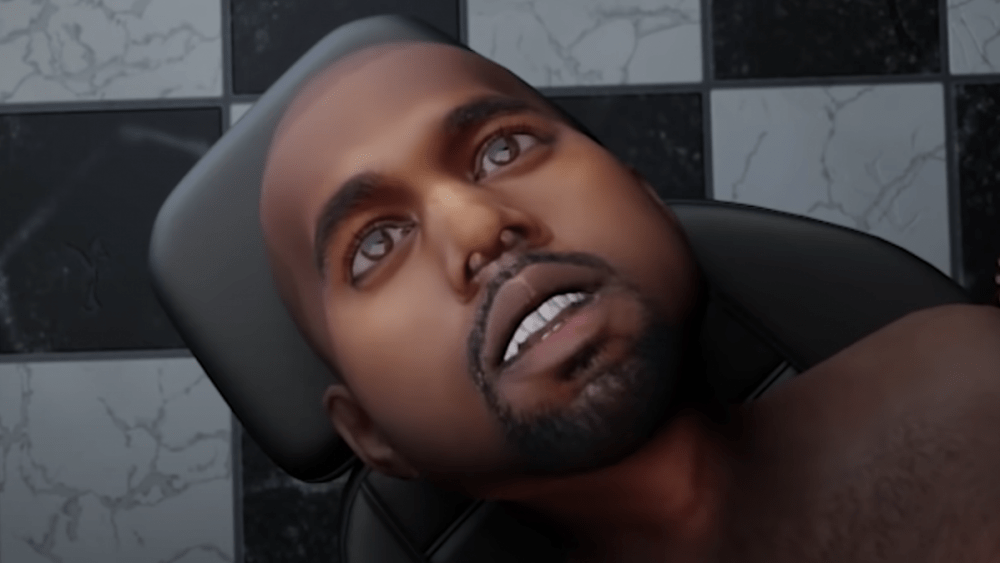 Kanye West and The Game have united to deliver a second visual to their “Eazy” collaboration after making waves with the original, which pokes fun at Pete Davidson by kidnapping and burying Kim Kardashian’s boyfriend alive.

Instead of claymation, this clip utilizes animation with the skinned monkey taking Kanye and The Game on a trip in his Maybach across Los Angeles. They head to the tattoo parlor, church, and the courtroom to help sort through Ye’s divorce from Kim K.

A cartoon figure depicting Pete Davidson makes a cameo with his face blurred out and rocking a red hoodie that’s inscribed with “Skete” across the chest in white font. Ye instructs the skinned monkey to start beating him up as the lyrics to his diss from “Eazy” ring off simultaneously.

Pete Davidson reportedly hasn’t taken issue with any of Kanye’s antics as a comedian who makes fun of people for a living.

“He finds the fact that Kanye included a cartoon version of him in his music video hysterical,” Entertainment Tonight reported from a source last week. “He is almost flattered by it all because it is so ridiculous to him.”

Earlier this week, Yeezy crafted a poem titled “Dead” where he also reflected on the visceral reaction to his visual rather than seeing it as part of the art form.

“I feel already compromised that I have to justify my expression after over 20 years of art that I’ve contributed to the planet but I also see the need to make sure we as a species are allowed to still feel anything Men not allowed to cry celebrities not allowed to cry,” he wrote.

“I will not explain this new piece for the explanation destroys the mystery and magic of true love and puts it in a box that can be counted Art is subjective Art only works when it is the artist absolute truth Someone’s truth can be another persons lie We don’t all have to feel the same because we are not the same.”