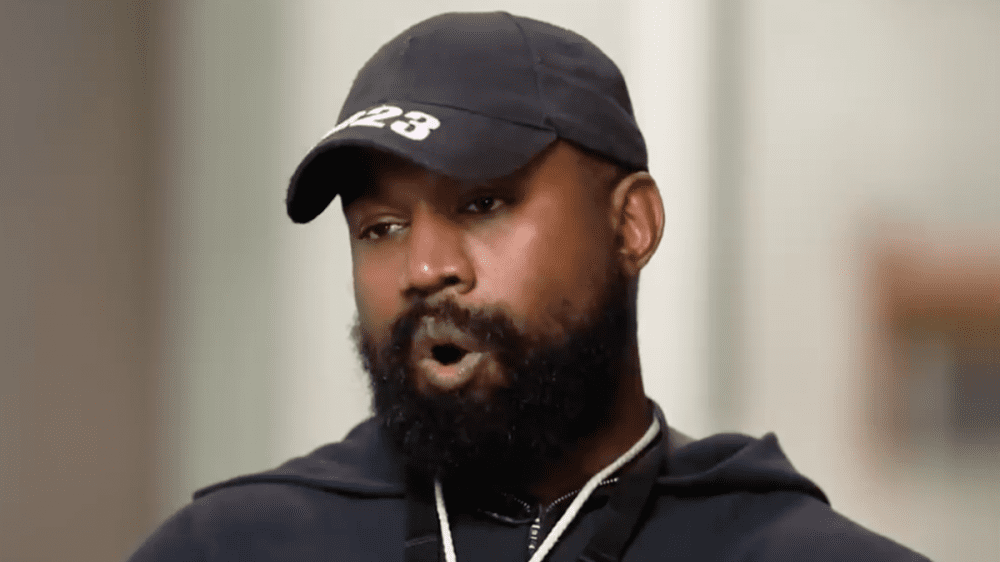 Kanye West has faced a lot of backlash over the past week for his disparaging comments about Jewish people, and it doesn’t look like he’s done.

The Yeezy mogul sat down for an interview with Fox News last week where he spoke about the controversy behind his White Lives Matter t-shirt which he debuted during the YZYSZN9 fashion show at Paris Fashion Week.

In additional unaired footage obtained by Vice’s Motherboard, it seems Ye also spoke about his vaccination status, energy communities, and how “fake children” have been placed in his home to “sexualize” his kids.

“I have visions that God gives me, just over and over, on community building and how to build these free energy, kinetic, fully kinetic energy communities,” Ye told Carlson in one clip, “where we impress—we put the least impression on the earth. We’re not building the new New York skyline cockfight. That we are humble in the way that we present ourselves. We’ve got to rethink who we are as a species.”

He went on to say that he had been holding back on sharing his political opinions because he thought it would be better for his four kids, North, Chicago, Saint and Psalm, and that he wants his children to celebrate Hannukah rather than Kwanza in school because at least the former would “come with some financial engineering.”

In another comment about Jews, Ye used a strange metaphor about Jewish people dancing to describe how Black people need to stop judging one another, and separately added that Planned Parenthood was created to “control the Jew population.”

“Think about us judging each other on how white we could talk would be like, you know, a Jewish person judging another Jewish person on how good they danced or something… I mean, that’s probably like a bad example and people are going to get mad at that shit.”

He added: “I probably want to edit that out.”

Ye then went on to say that “actors, professional actors,” were “placed into my house to sexualize my kids,” making note of an associate’s “so-called son” who he didn’t believe was a real child because he was “way smarter” then the associate.

“Everyone saw in broad daylight these public figures kidnap my Black child on her birthday,” Ye additionally told Carlson, likely referring to when he crashed his daughter Chicago’s fourth birthday party in January. “I did not know the location of the birthday party and Travis Scott had to give me the address. When I showed up, they were so frazzled.”

He continued: “If that’s not the most Karen-level thing, to feel like you can take a Black child and not give the father the address. This is the way people are treated when they get out of prison, when they go to prison. And 100 percent, I am in a glass prison or else I’d be the one with the say so over where my children go to school.”

In another clip obtained by Motherboard, Ye proclaimed that Louis Vuitton “killed” Off-White designer Virgil Abloh, who died of cancer in November 2021 at 41 years old.

He added: “The level of racism, elitism and pressure that he was under, I’m sure, affected his health.”

Kanye’s bizarre claims are just the latest in a string of controversial antics the Donda hitmaker has been involved in.

He’s most recently been under fire from the Jewish community after making several anti-Semitic remarks and was even invited to the Holocaust Museum in Los Angeles to educate himself on Jewish history. Ye also allegedly professed his love for Hitler and the Nazis during his infamous rant at the TMZ offices in 2019.

“Words matter and words have consequences Ye,” the museum wrote in a statement on Instagram. “We urge you to come visit us at Holocaust Museum LA to understand just how words can incite horrific violence and genocides.”