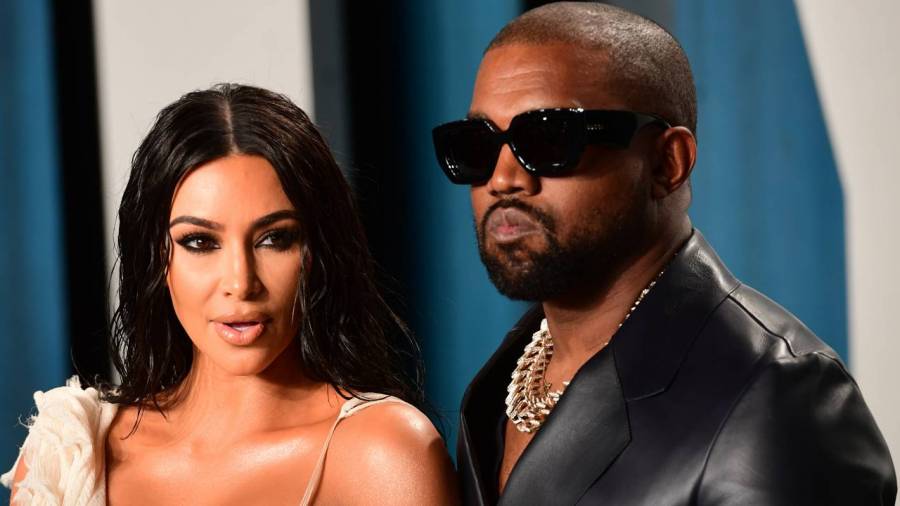 Kanye made the claim in another one of his all cap Instagram captions, writing, “YESTERDAY KIM ACCUSED ME OF PUTTING A HIT OUT ON HER SO LET ME GET THIS STRAIGHT I BEG TO GO TO MY DAUGHTERS PARTY AND I’M ACCUSED OF BEING ON DRUGS THEN I GO PLAY WITH MY SON AND I TAKE MY AKIRA GRAPHIC NOVELS AND I’M ACCUSED OF STEALING.

“NOW I’M BEING ACCUSED OF PUTTING A HIT ON HER. THESE IDEAS CAN ACTUALLY GET SOMEONE LOCKED UP. THEY PLAY LIKE THAT WITH BLACK MENS LIVES WHETHER ITS GETTING THEM FREE OR GETTING THEM LOCKED UP. I’M NOT PLAYING ABOUT MY BLACK CHILDREN ANYMORE.”

Kanye West’s latest rant comes after another one in which he called out one of Kim Kardashian’s cousins for allegedly agreeing with his parenting style behind-the-scenes then attempting to cop some Yeezys. The since-deleted post included a text exchange between Kanye and the cousin.

“THIS IS AN EXAMPLE OF KIM’S COUSIN AGREEING WITH ME ABOUT TIK TOK THEN PROCEEDING TO ASK ME FOR SOME YEEZYS AFTERWARDS. HER OTHER COUSIN KARA CALLED ME SAYING SHE AGREED WITH ME THEN SAID SHE WOULD SPEAK OUT PUBLICLY WHICH SHE NEVER DID THEN SHE SUGGESTED…”

"THIS IS AN EXAMPLE OF KIM’S COUSIN AGREEING WITH ME ABOUT TIK TOK THEN PROCEEDING TO ASK ME FOR SOME YEEZYS AFTERWARDS HER OTHER COUSIN KARA CALLED ME SAYING SHE AGREED WITH ME THEN SAID SHE WOULD SPEAK OUT PUBLICLY WHICH SHE NEVER DID THEN SHE SUGGESTED… pic.twitter.com/lBYwt3x6Q5

But by the end of the day, Kanye West had deleted all of his posts addressing Kim Kardashian and his children. He was later captured at another Sunday Service in Los Angeles with his children in tow.

The most recent battle started after Kanye called out Kardashian for putting their daughter North on TikTok against his “will,” prompting the beauty mogul to issue a statement to her Instagram Stories.

“Kanye’s constant attacks on me in interviews and on social media is actually more hurtful than any TikTok North might create. As the parent who is the main provider and caregiver for our children, I am doing my best to protect our daughter while also allowing her to express her creativity in the medium that she wishes with adult supervision — because it brings her happiness.”

She continued, “Divorce is difficult enough on our children and Kanye’s obsession with trying to control and manipulate our situation so negatively and publicly is only causing further pain for all. From the beginning I have wanted nothing but a healthy and supportive co-parenting relationship because it is what is best for our children and it saddens me that Kanye continues to make it impossible every step of the way.

“I wish to handle all matters regarding our children privately and hopefully he can finally respond to the third attorney he has had in the last year to resolve any issues amicably.”