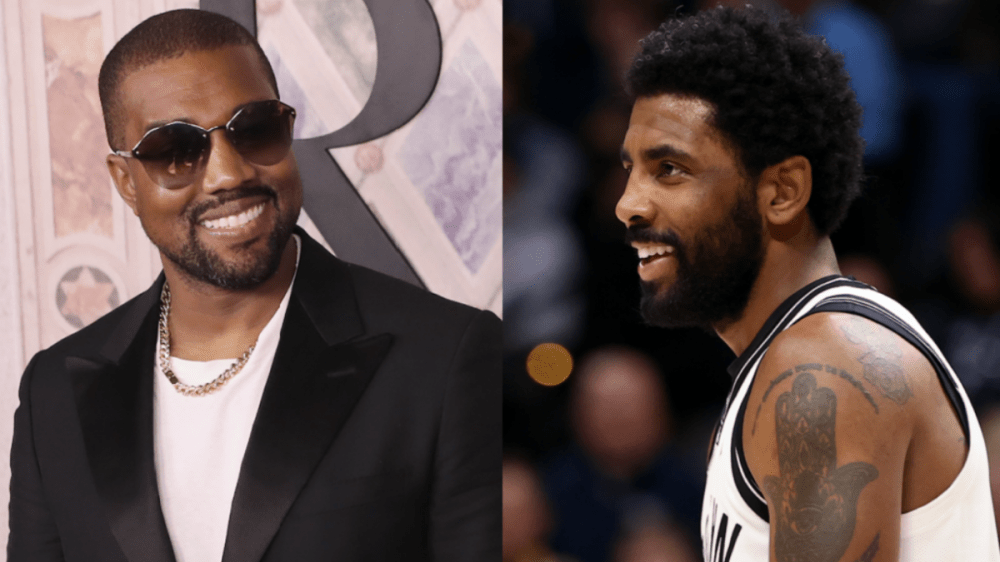 Kanye West tends to back those who go don’t play by society’s rules and blaze their own path to greatness. Kyrie Irving falls in line with that same ideology as the Brooklyn Nets star has been under public scrutiny for much of the NBA season for his refusal to get the COVID-19 vaccine, which bars him from competing in Brooklyn’s home games.

Following his best performance of the season leading the Nets to a comeback victory over the defending champion Milwaukee Bucks while pouring in a game-high 38 points in the 126-123 win, Irving shouted out Kanye and his Stem Player app — which is home to Donda 2 — during his post-game press conference.

Kanye got wind of the point guard’s comments and reposted the clip with a heart emoji. Kyrie then hopped into the comments with an infinity sign followed by “God.”

Irving then expanded on his thoughts under Culture Jam‘s Instagram post featuring the video from his presser.

While New York City is lifting its vaccine mandate in the public sector on March 7, it still doesn’t clear the way for Kyrie Irving to play in home games since his occupation is considered to be in the private sector, which still holds its mandate in place. Although, there is momentum toward possibly removing that mandate as well in the near future.

Kyrie Irving posted a photo of Ye to his Instagram:

“♾Gems from the heart” pic.twitter.com/o7y0vUMLNj

Maybe Kanye West will give Kyrie a call to see if he has any interest in joining the new Donda Sports branch headed by former NFL star Antonio Brown.

Irving, Kevin Durant and the Nets have plenty of work to do if they want to increase their spot in the Eastern Conference standings with about 20 games to play. They currently sit in the eighth seed with a record of 32-29.