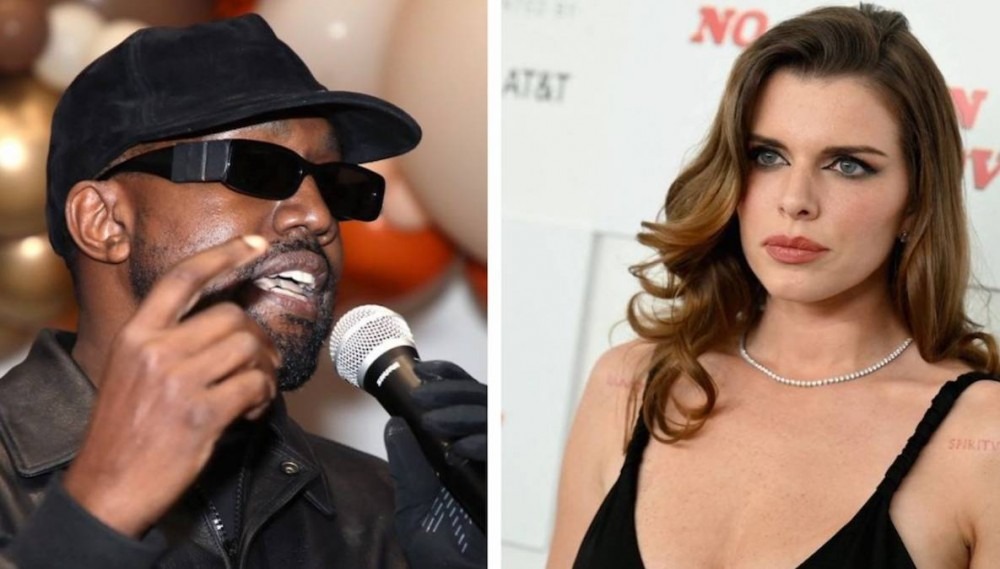 Miami, FL – Kanye West is officially back on the dating scene. After the 44-year-old mogul was spotted on a romantic dinner date Saturday night (January 1) with Uncut Gems actress Julia Fox, an insider has reported to Page Six that things between the pair have heated up rather quickly.

“Julia and Ye are dating,” the source, who is reportedly close to Fox, told Page Six. “They both just got out of their former relationships, and they’ve helped each other recover immensely.

“They’re kind of kindred spirits, and it’s cool to watch.”

Fox and Ye were originally photographed at Carbone in Miami on Saturday night, though sources close to Ye told TMZ that the date was “nothing serious” and that Kanye was just trying to have some fun amidst his ongoing divorce from Kim Kardashian, a divorce that has continued to be drawn out in the public eye.

Ye made headlines on Monday (December 27) when he reportedly purchased a $4.5 million mansion across the street from Kim’s Calabasas home to be closer to the pair’s four children. As reported by People, Kanye is reportedly planning to demolish the standing home and build a completely new mansion from scratch.

“It’s just simple logistics so that he is close to his children and has access to them at the drop of a hat,” an insider told the publication.

The demolition plans come after Ye was spotted partying as a single man in Houston, Texas last week for J Mulan’s birthday. He also met up with Sauce Walka that very same night to talk business, though it remains unclear what was said. Rumors began to swirl that Kanye and model Yasmine Lopez were an item after they were spotted at Mulan’s party interacting with each other, but TMZ later confirmed that both parties had arrived separately and were not dating.

Check out a video from the evening below.