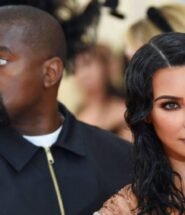 Kanye West and Kim Kardashian’s rumored divorce appears to be inching closer to a reality. According to PEOPLE magazine, the G.O.O.D. Music founder is grappling with the looming split.

A source close to the situation reportedly said, “Kanye is not doing well. He is anxious and very sad. He knows that the marriage is over and there’s nothing that can be done right now. He also knows what he is losing in Kim.”

In January 2021, multiple sources confirmed the reality television queen was planning to end their union with one insider saying, “They are just not on the same page when it comes to their future as a family. And Kim is okay with it.”

Their relationship appeared to suffer a major blow last July during Kanye’s failed bid for president. At his first campaign rally in South Carolina, he went on a tear-filled rant about Harriet Tubman “not actually freeing the slaves” while admitting he encouraged Kardashian to abort their first child North West. From there, he accused his wife of having an affair with Meek Mill and called mother-in-law Kris Jenner a white supremacist during one of his infamous Twitter rants.

Subsequently, Kardashian promptly issued a statement regarding Ye’s bipolar disorder, writing on social media at the time, “As many of you know, Kanye has bi-polar disorder. Anyone who has this or has a love on in their life who does, know how incredibly complicated and painful it is to understand.

“I’ve never spoken publicly about how this has affected us at home because I am very protective of our children and Kanye’s right to privacy when it comes to his health. But today, I feel like I should comment on it because of the stigma and misconception about mental health.”

The source noted Kardashian has been as patient as possible, explaining, “She has defended him privately to her family. She has stood beside him at a time where a few wives would have done that. There is very little hope of reconciliation. It would have to be a miracle. But Kanye does believe in miracles.”

The couple wed in 2014 and have four children together — North, Saint, Chicago and Psalm.