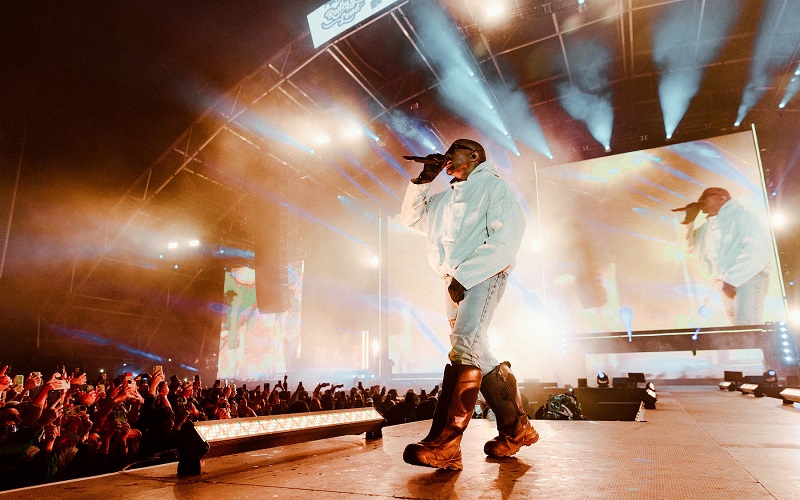 Kanye is looking to make some serious money moves in the next year.

According to Billboard, over the last year, Kanye and his team have been quietly meeting with prospective buyers to explore what type of valuation his catalog goes for. As for how much Kanye makes a year off of his catalog, that number is $5 million.

However, a set price for his catalog has not been set yet, and sources tell Billboard that Ye is looking to get 35x gross profit for his catalog. To encourage buyers, whoever purchases West’s catalog would have the opportunity to sign a go-forward publishing deal with Ye.

It is reported that Ye’s catalog generates $13.25 million in publishing royalties annually. However, it is hard to determine West’s exact valuation because the albums in the later part of his career can have 10-24 songwriters per song. Billboard estimates that in his first 4 albums, Kanye has a 35% share of his albums and in his last 6 it drops to 20%. With the $5 million that Ye’s catalog generates for him annually, multiplied by the 35x profit he is looking to get off of his catalog, puts the asking price at $175 million.

While West and his team are currently looking for a buyer, some might be apprehensive to spend almost $200 million on his catalog for a myriad of reasons. Billboard reports that many of his songs are still hit songs and the revenue from these songs will most likely decay over time. Also, West’s songwriter splits are still being disputed and it is unsure what his split will be after it has been disputed. Lastly, West’s own behavior makes it difficult for some who are not in favor of him to want to buy his catalog.