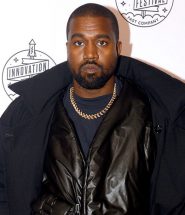 Kanye West may be suffering from another bipolar episode.

Sources close to West tell TMZ that the billionaire mogul is in the throes of a serious bipolar episode and those around him are concerned it has impacted his decision-making and some of the things he has said recently.

Last weekend, Kanye announced that he was running for president in 2020 and spoke about his plans in a “rambling” interview with Forbes, where he renounced President Trump, slammed Joe Biden, and revealed his party, the “Birthday Party.”

“God just gave me the clarity and said it’s time. You know I was out there, ended up in the hospital, people were calling me crazy. I’m not crazy,” he told the magazine. “Now it’s time. And we’re not going crazy, we’re going Yeezy, it’s a whole ‘notha level now. N-O-T-H-A.”

During the interview, he also claimed that he had coronavirus in February, but that he was not in support of a vaccine. “That’s the mark of the beast,” he said. “They want to put chips inside of us, they want to do all kinds of things, to make it where we can’t cross the gates of heaven.”

Kanye has been candid about mental health in the past. He has been diagnosed as bipolar, calling it his “superpower” on “Yikes” off his album Ye. “I had never been diagnosed until I was 39,” West told Big Boy in 2018. “But like I said on the album, it’s not a disability, it’s a superpower.”

He was on medication at one point, but stopped taking the meds in 2018. “When you’re bipolar, you have the potential to ramp up and it can take you to a point where you start acting erratic, as TMZ would put it,” he told David Letterman in a 2019 interview. “If you guys want these crazy ideas and these crazy stages and this crazy music and this crazy way of thinking, there’s a chance it might come from a crazy person.”