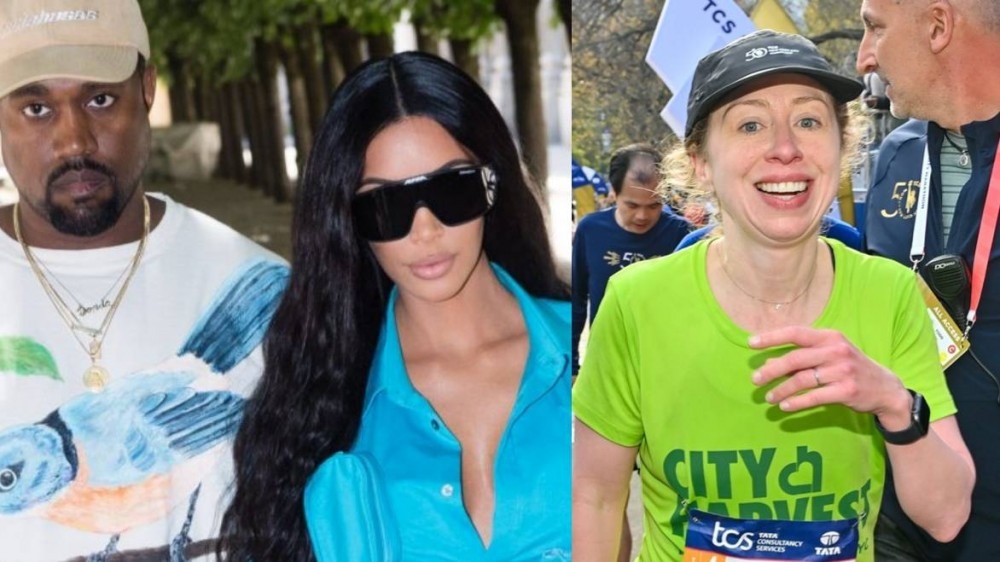 The daughter of former president Bill Clinton made the admission during a recent interview with Entertainment Weekly, saying she could no longer exercise to his music.

“I’ve had to let go of Kanye, because it’s just, I can’t,” she told the outlet. “Just the way that he has treated Kim Kardashian, the way that he has talked about women is unconscionable to me,” she said. “That was some of my favorite running music. And I have removed it from my music library.”

Had a blast judging a legal trivia game between my mom @HillaryClinton & @KimKardashian! Was truly inspired by Kim’s passion for advocating for people who are incarcerated and broad criminal justice reform. And impressed by her lightning response time! #Gutsy premieres Sept 9th! https://t.co/WUvcMpWjrv

Kanye regularly lashed out on social media and specifically targeted Davidson in a series of inflammatory posts that led to Kanye being temporarily suspended from Instagram. The bullying was so bad, Davidson reportedly sought counseling to help with the trauma.

Kardashian and Davidson announced their breakup last month after nearly a year of dating. In the wake of their split, Kanye returned to Instagram with a since-deleted post that included a mock newspaper with the headline: “Skete Davidson Dead At 28.”